So it started… here… with a maple blank from ebay and headstock templates from the excellent TDPRI forum.

The first job on the blank was to get one edge of the blank planed flat and square – this will form the reference for fitting the truss rod and slotting the fretboard. 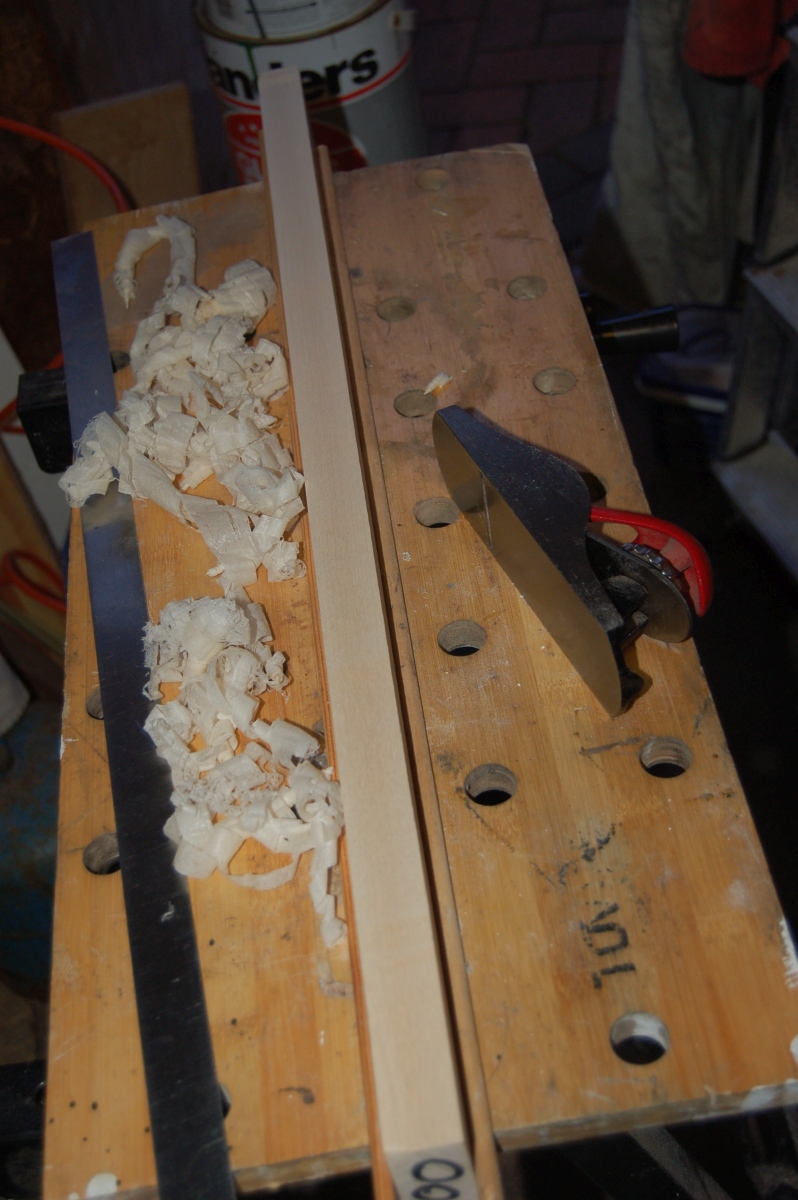 Once one edge is square and straight, I could mark the neck out, including the position of the truss rod. 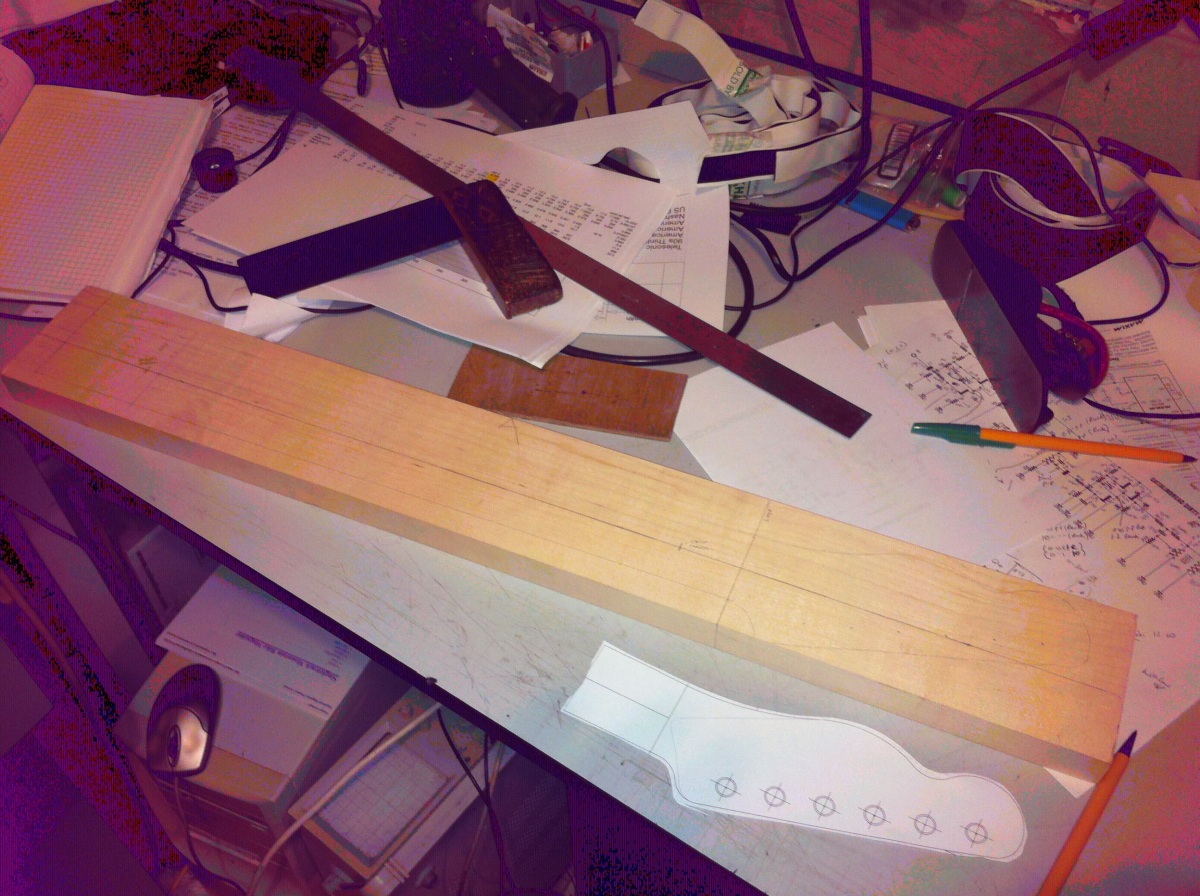 From the Fender drawing, the truss rod channel is formed from two different curves: 255″ radius towards the heel and 115″ radius towards the headstock. I plugged these, and the depth of the channel at the mid-point into Excel to work out the measurments for a couple of curved rails that would vary the depth of cut along the length of the neck as I ran the router over them to cut the truss rod channel.

(Incidentally, I couldn’t get the dimensions on the above drawing to work out – the radius and the 0.715″ dimension seem to be mutually exclusive – the depth of the channel at the 1st fret works out at 0.715″ with the radius/centre depth shown- YMMV) 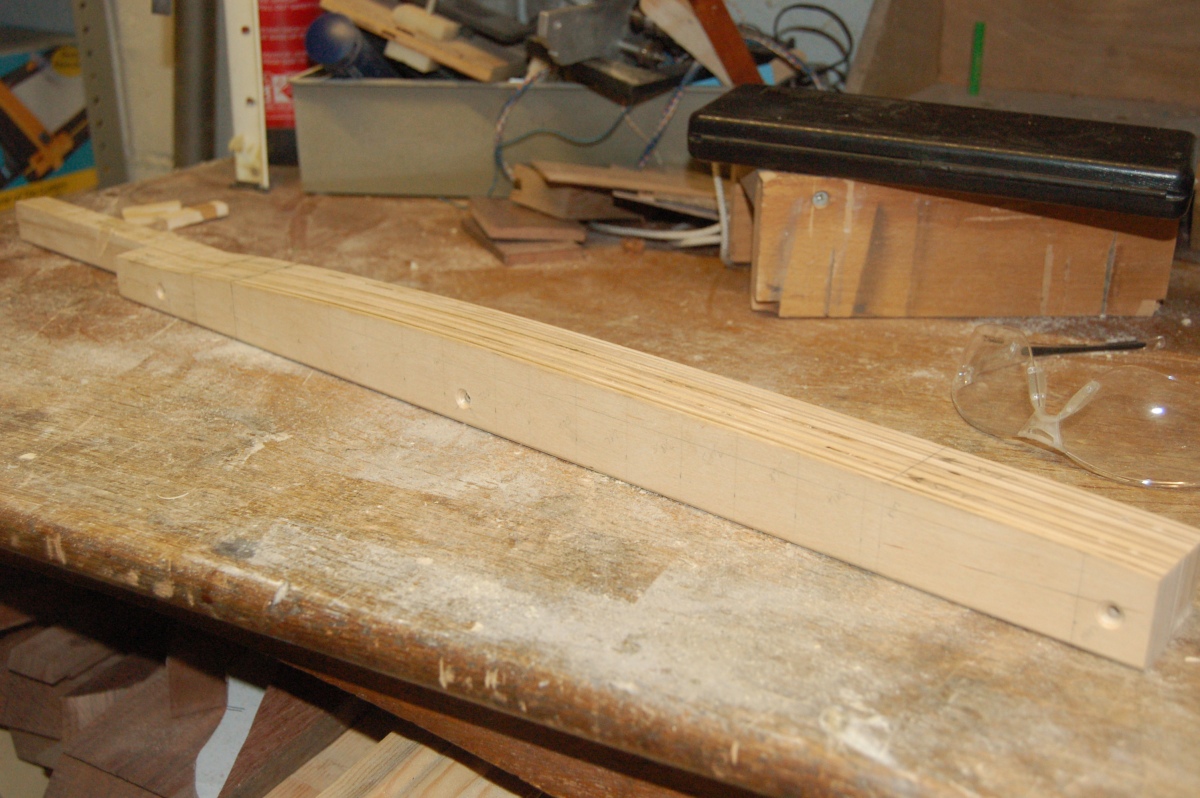 I didn’t bother making any fancy jigs, just screwed the rails to the neck blank and set about routing the slot: 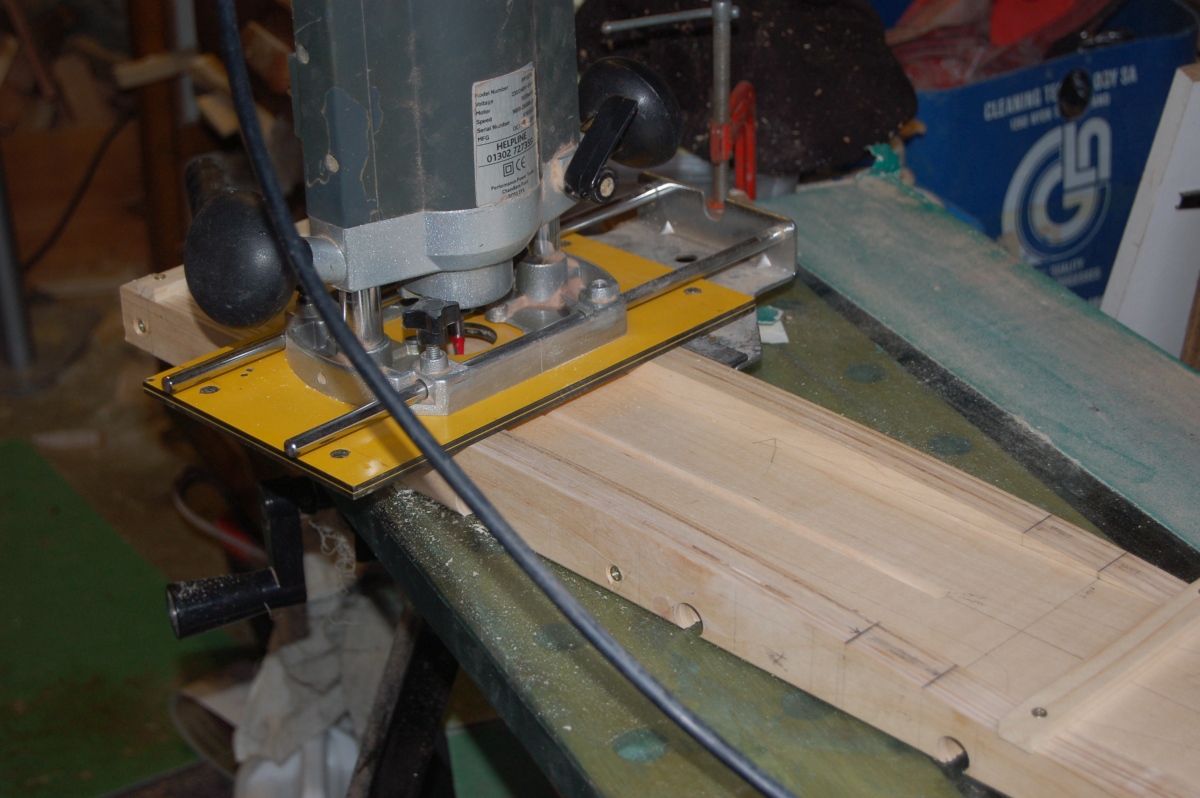 Cock-up number one – I wasn’t holding the router fence tightly enough against the work on the first pass, and the router pulled off line (I also stopped the channel at the wrong mark – Doh!): 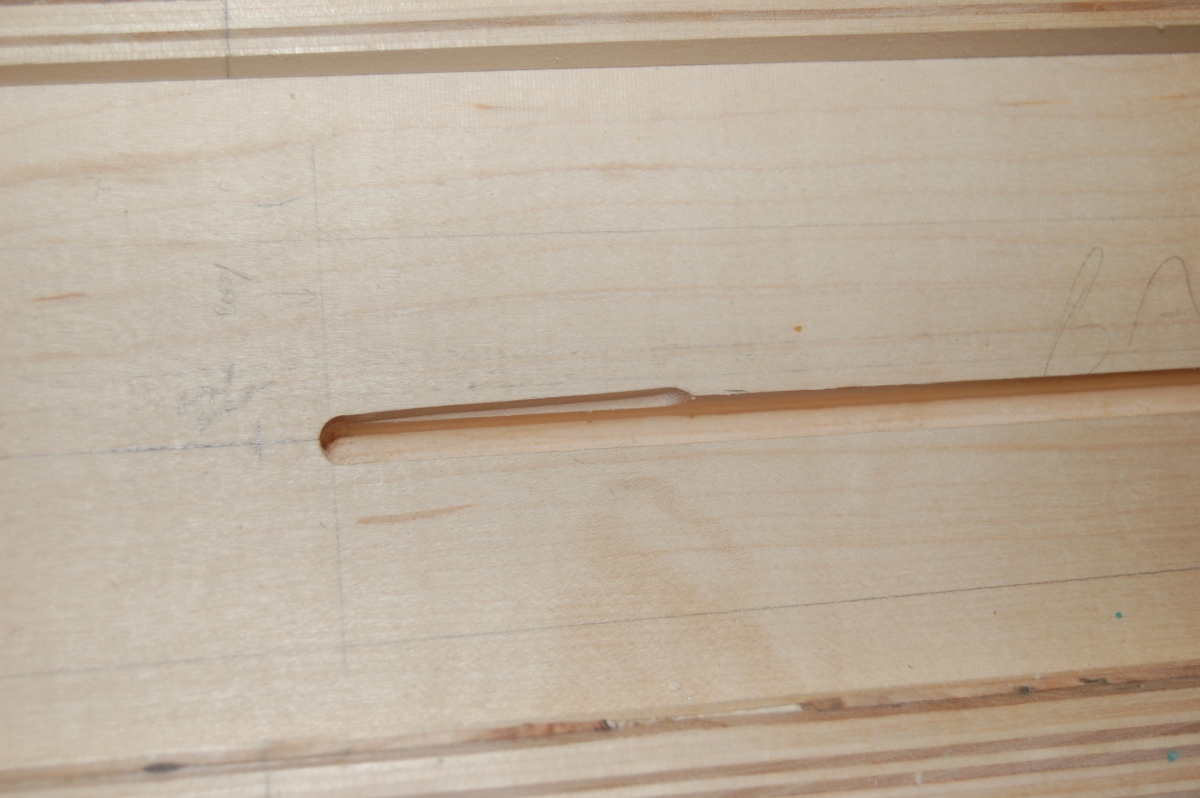 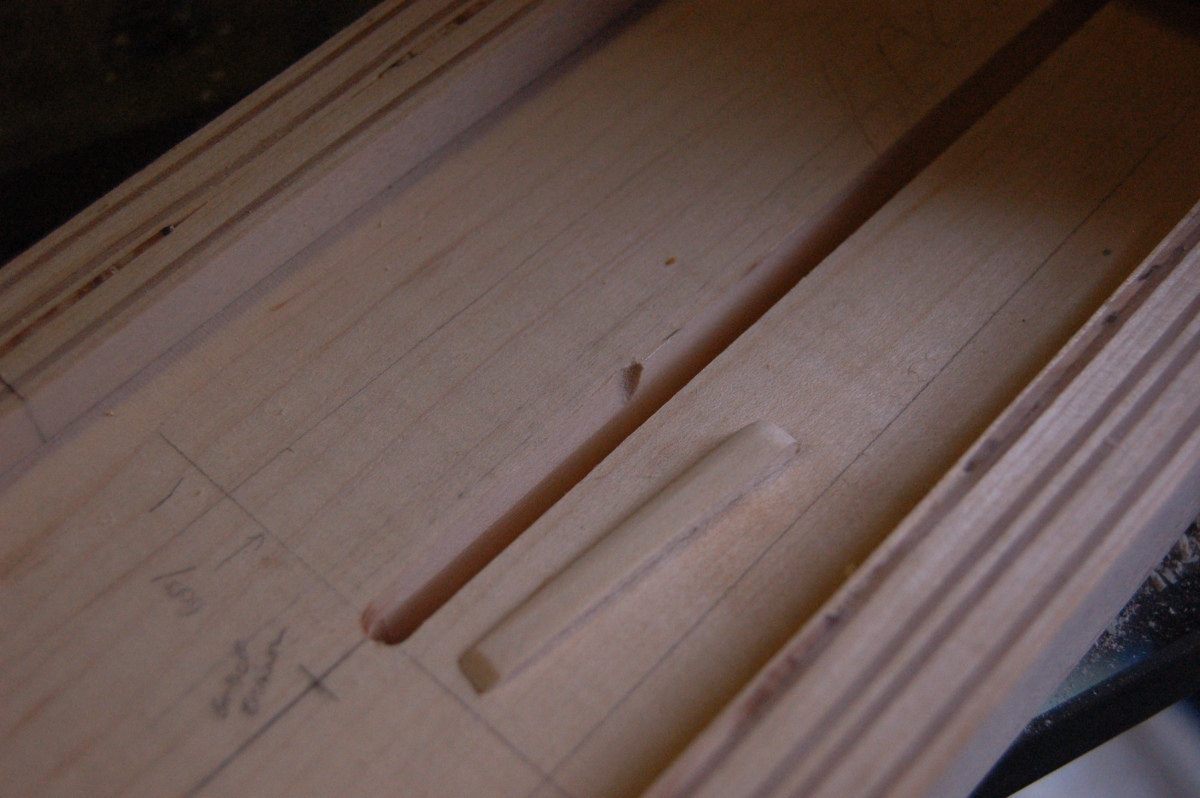 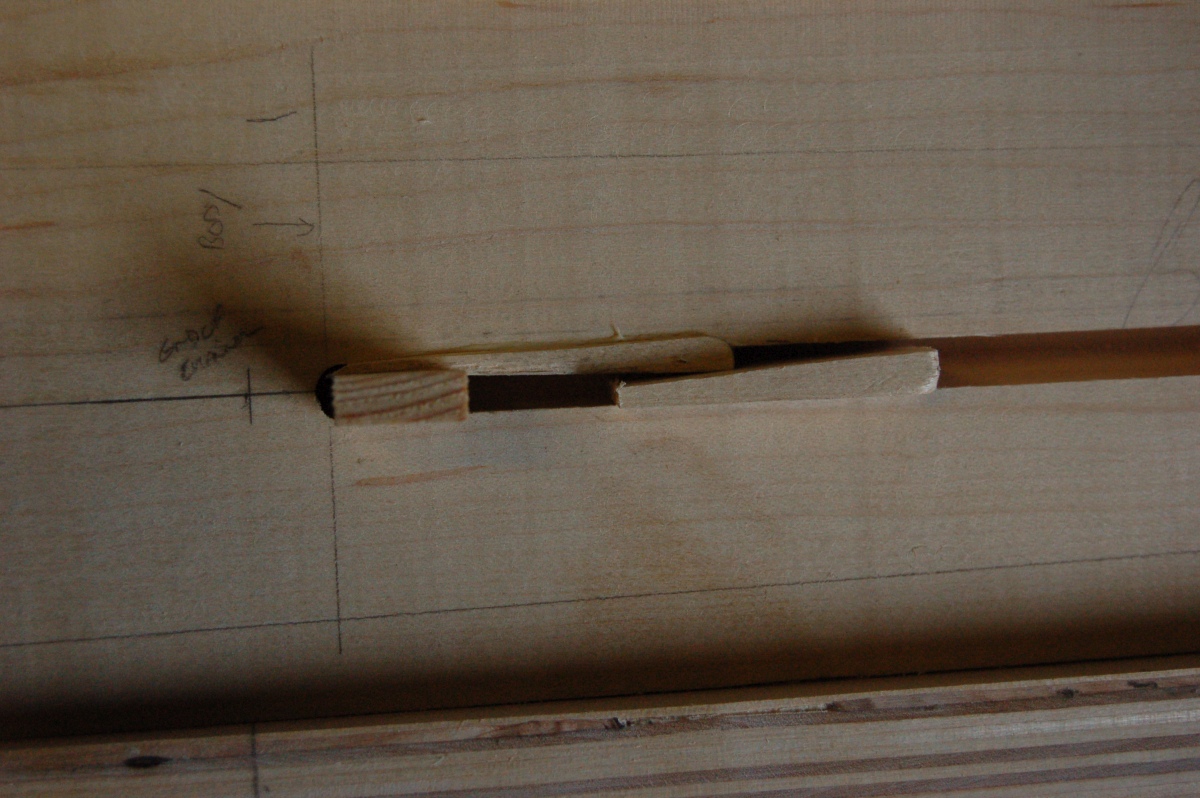 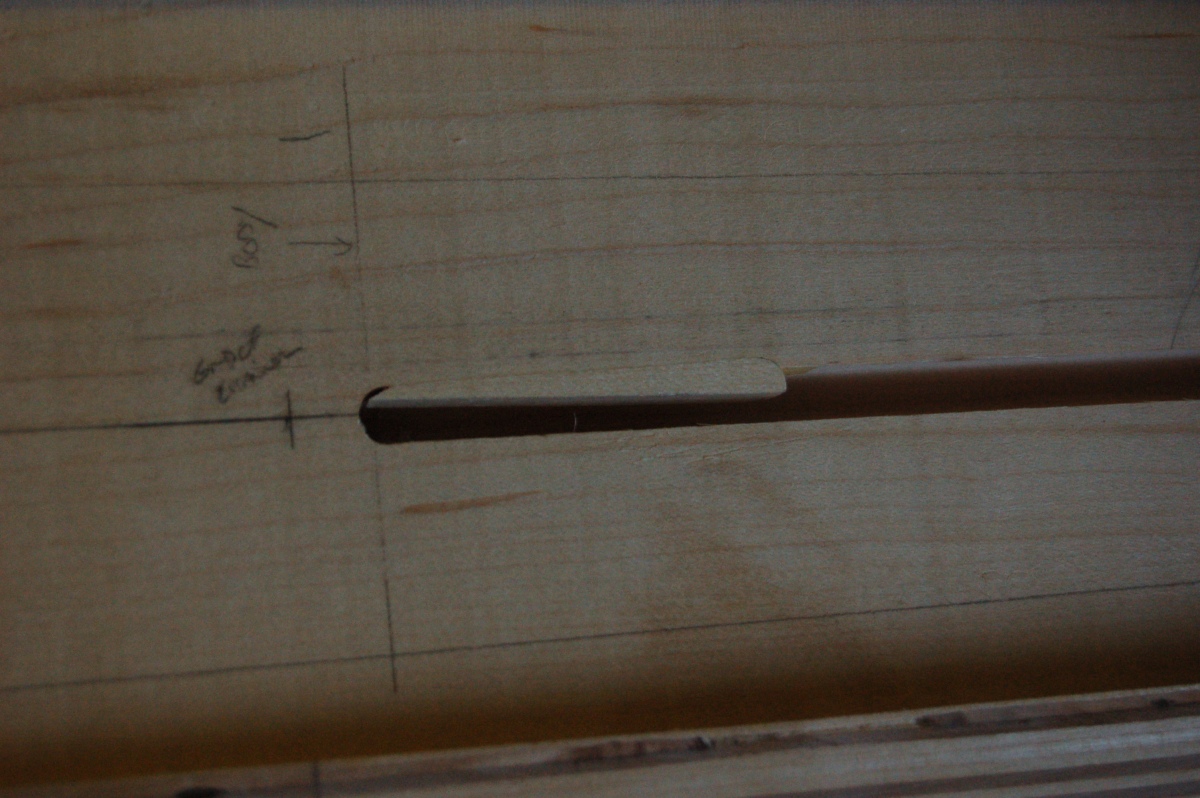 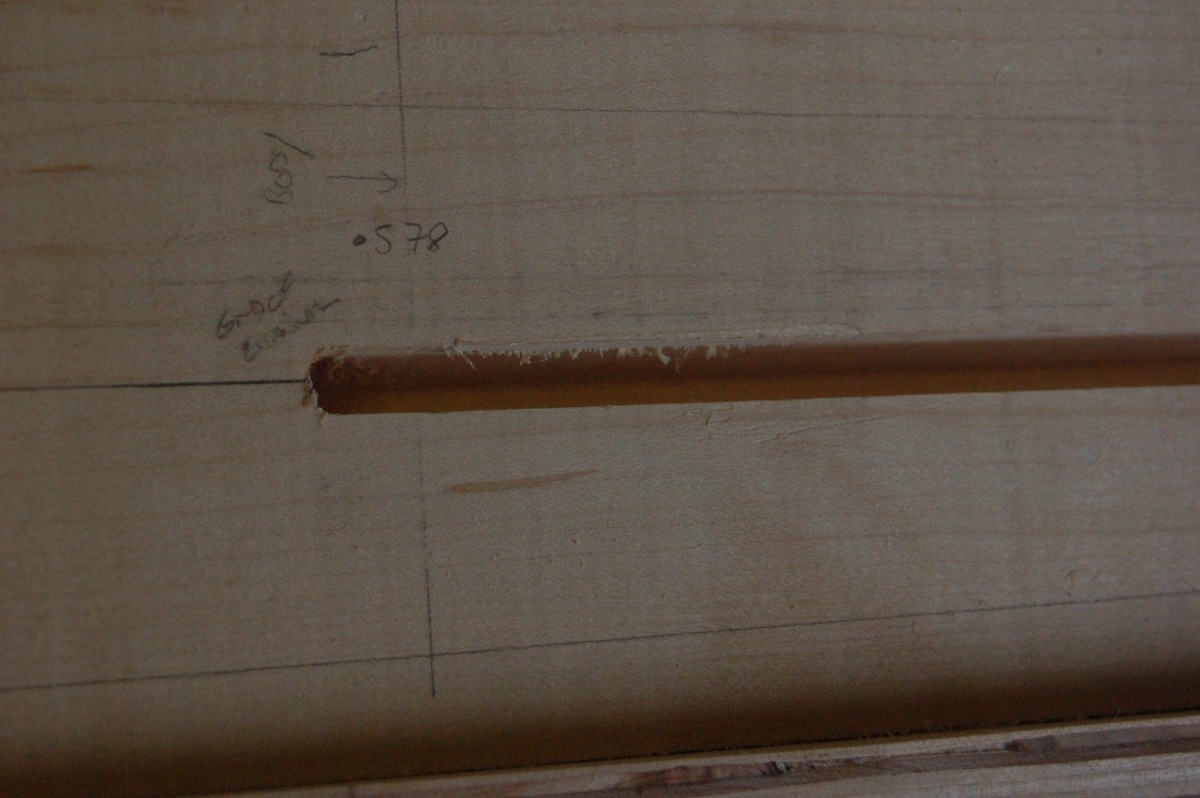 I have a Japanese pull saw (ex B&Q) that seems to be OK for cutting fret slots. I built myself a mitre box to keep the saw square to the neck with a steel rule taped to the base to measure the fret positions. 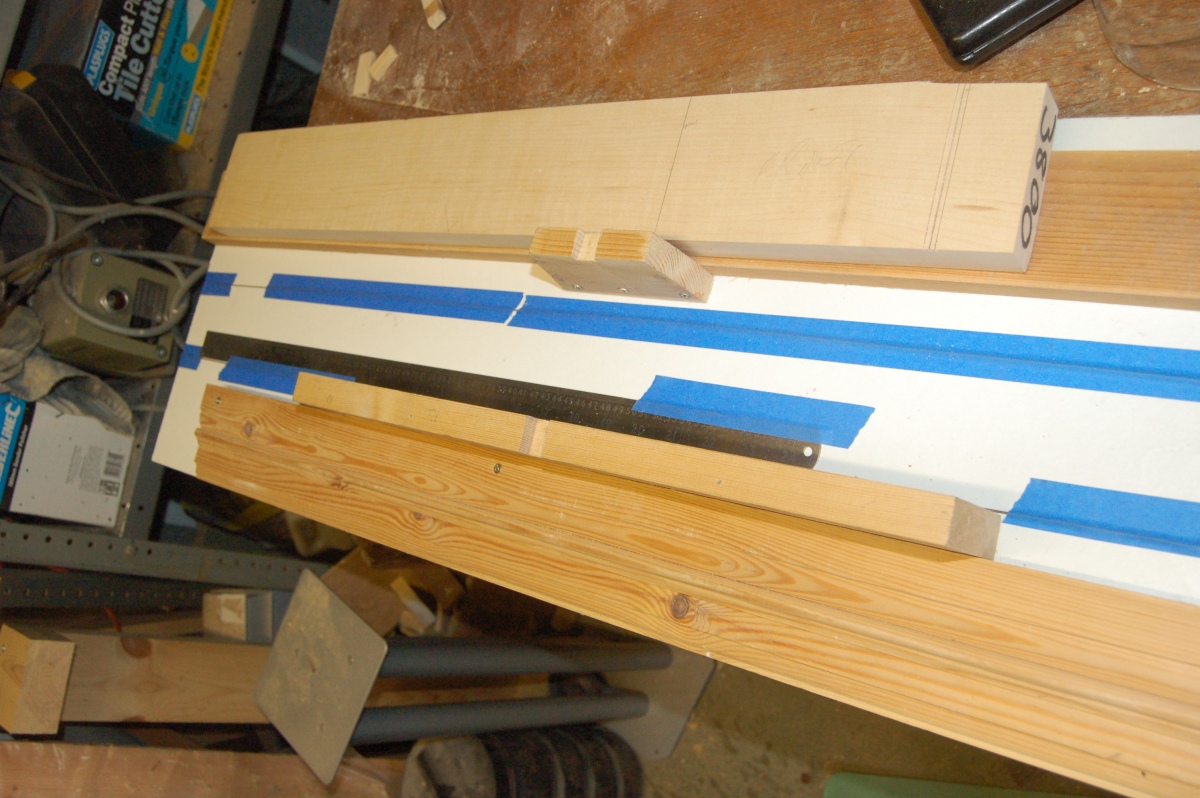 The chunk missing from the top of the blank is the bit I cut off to repair the wayward truss rod slot, and the cuts in the blank are where I was checking the mitre box was square to the true edge of the neck.

I don’t trust myself to mark measurements accurately, so I fixed a razor blade to the end of the neck and used this as a precise marker against the steel rule to measure the locations for the fret slots. Each time, I also measured the fret-to-fret distance just to double check! 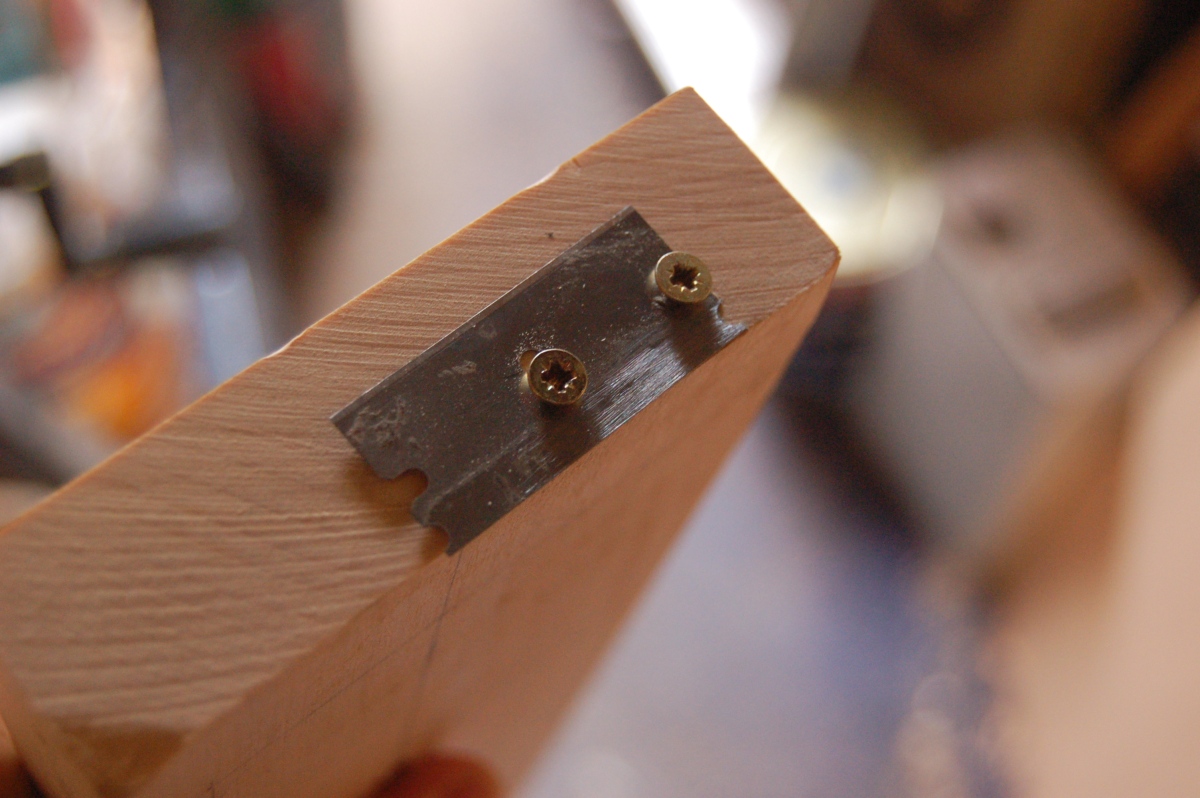 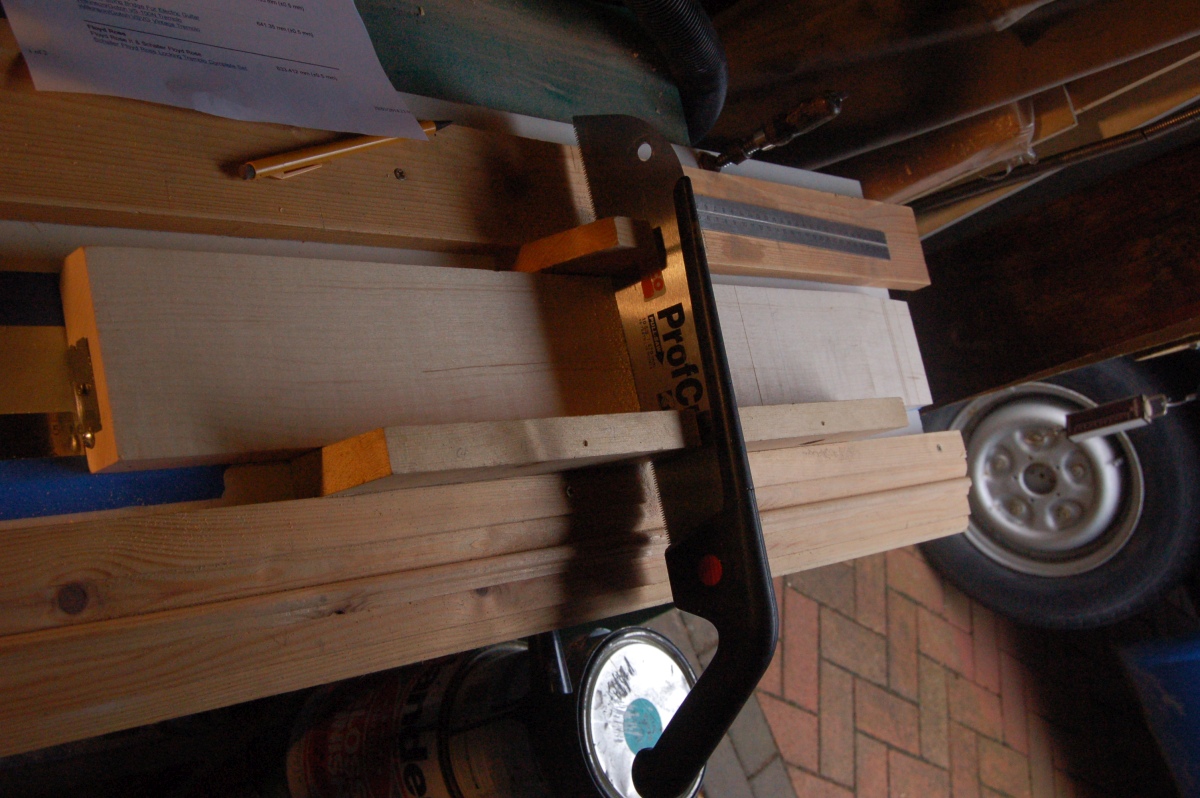 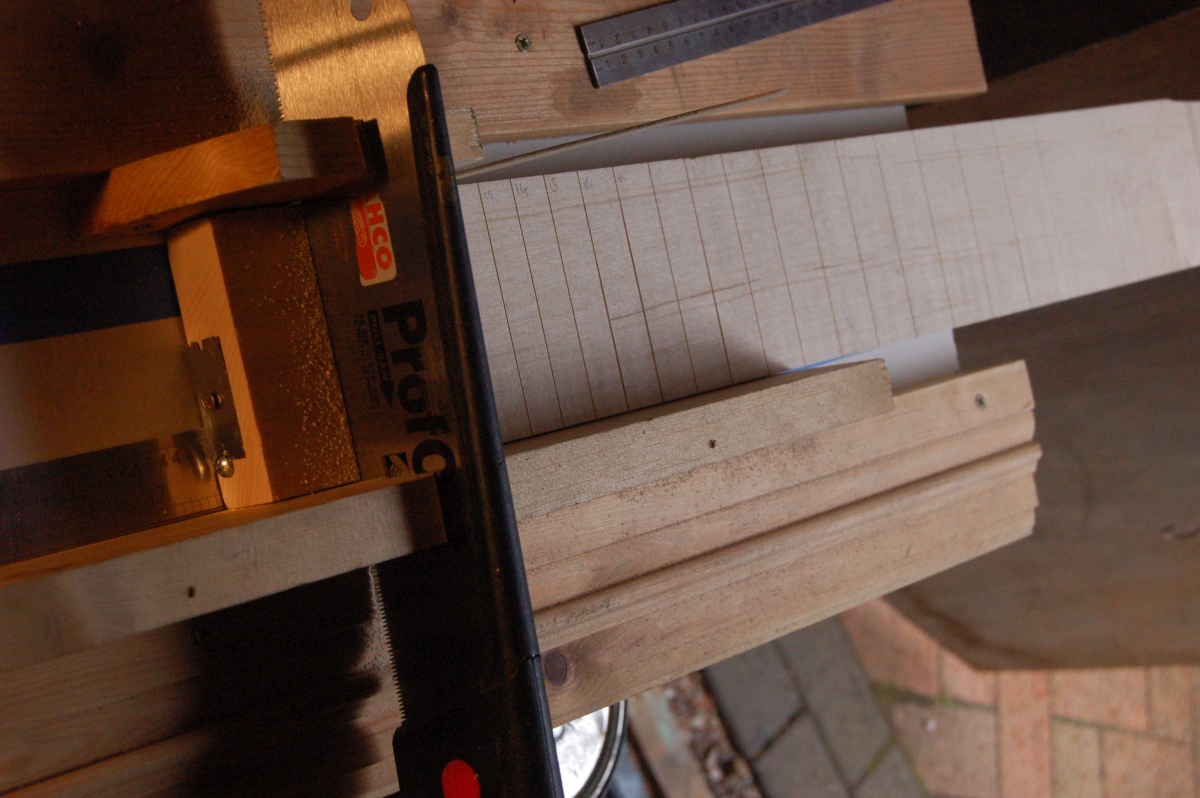 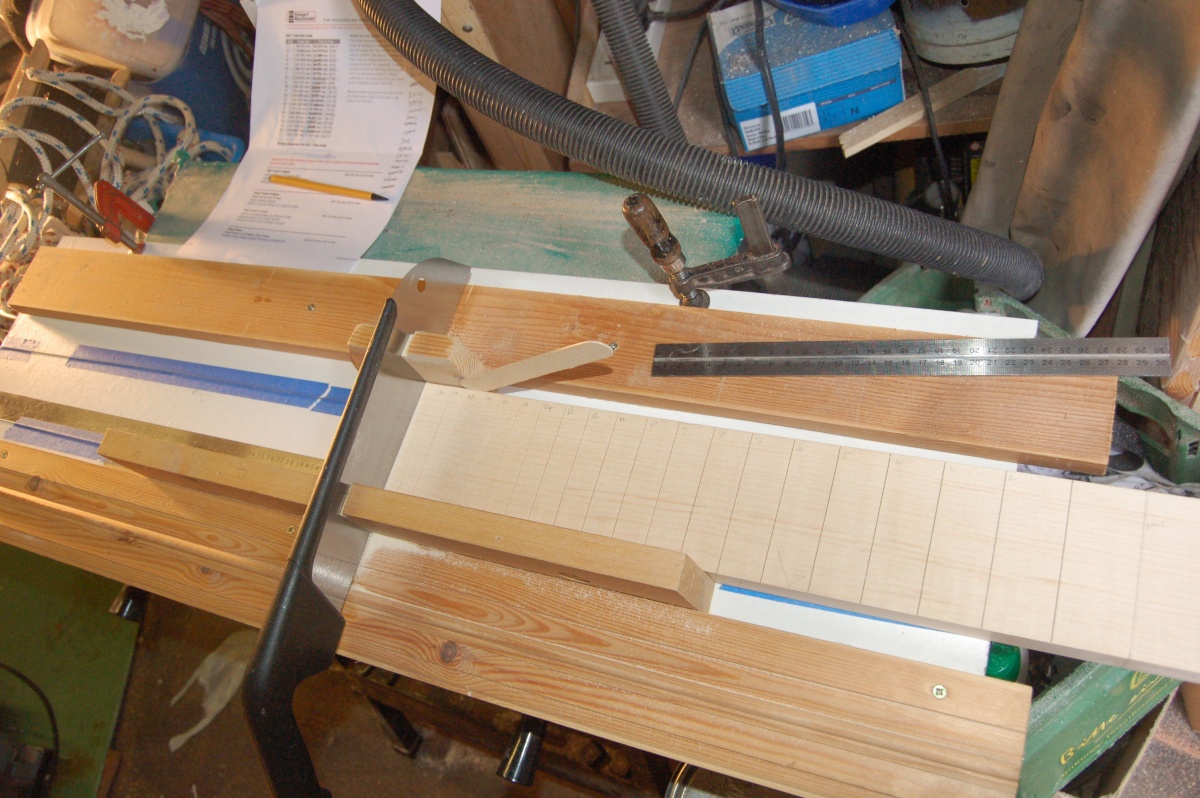 I thought I may as well commit heresy while I was at it: 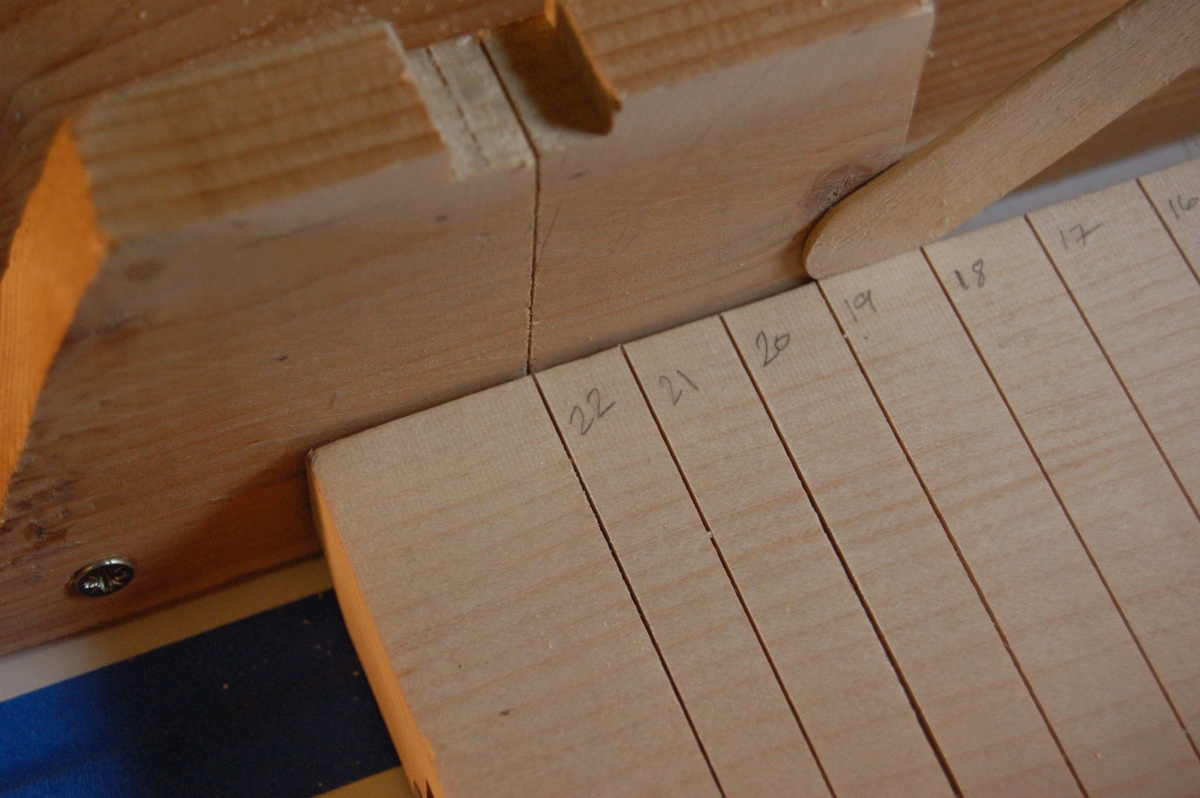 Once the slots were cut, I could mark out the outline of the neck and saw it roughly to shape: 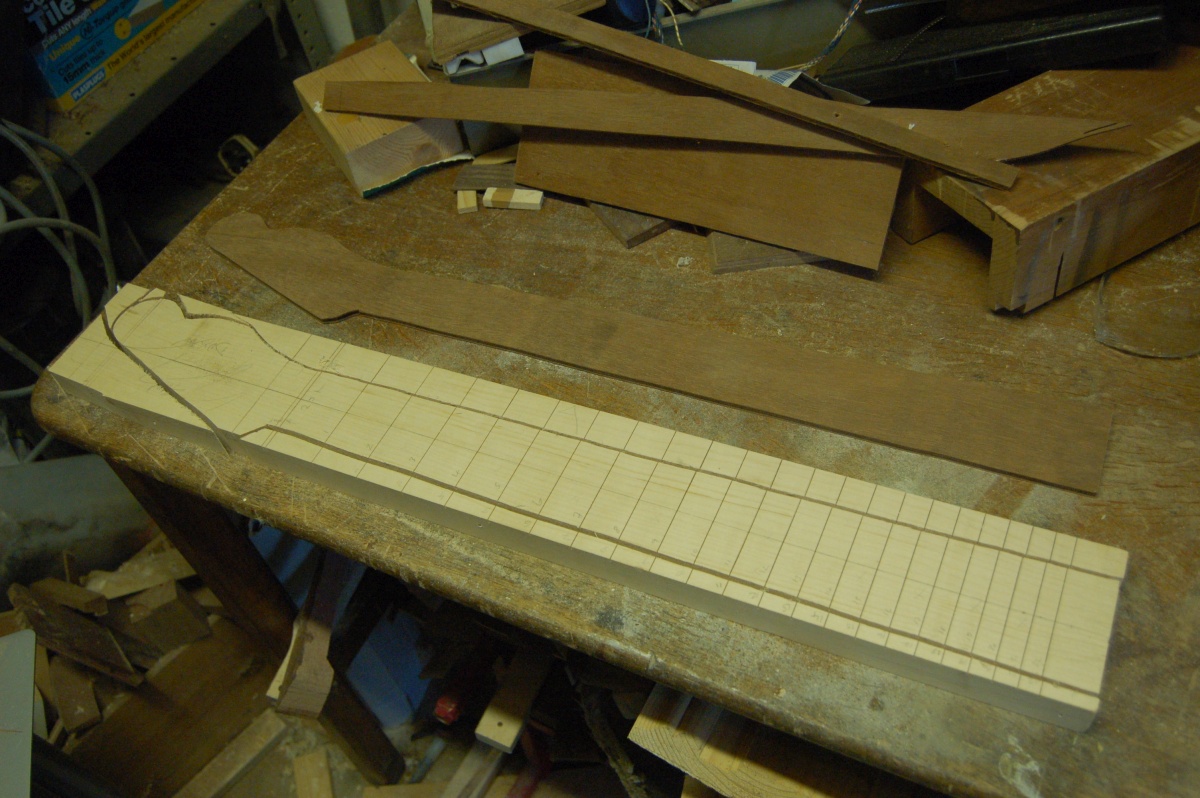 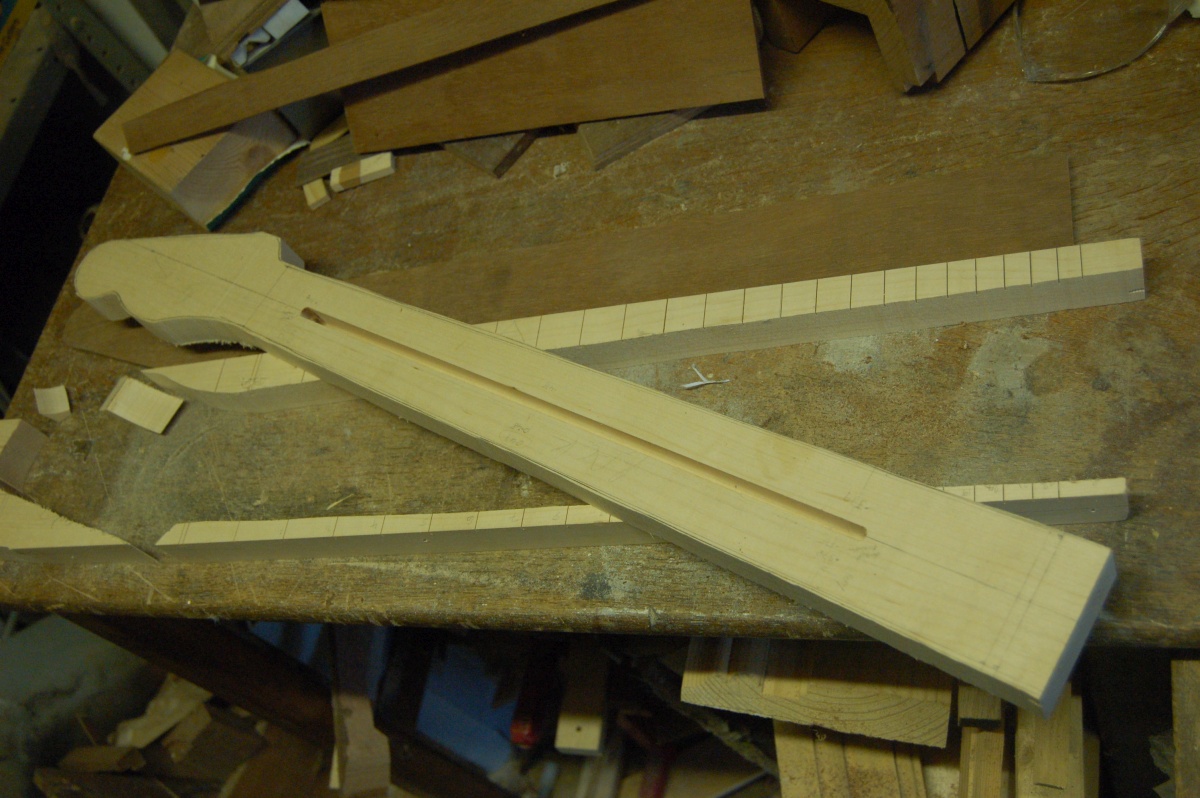