I stuck the headstock template onto some thin ply and marked out the rest of the neck for a 43mm nut and the 2 3/16″ heel width.

Got a bit close to the line when I was roughing it out and had to un-cut some wood: 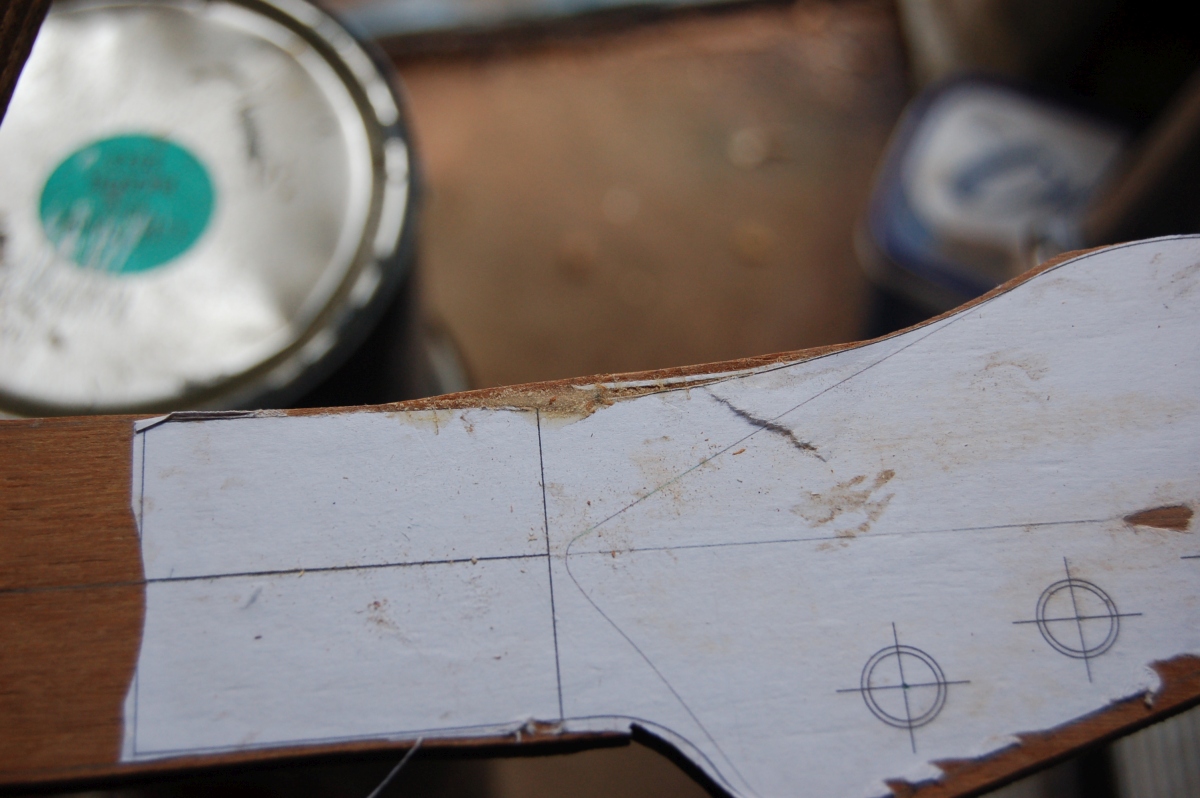 To the router table… 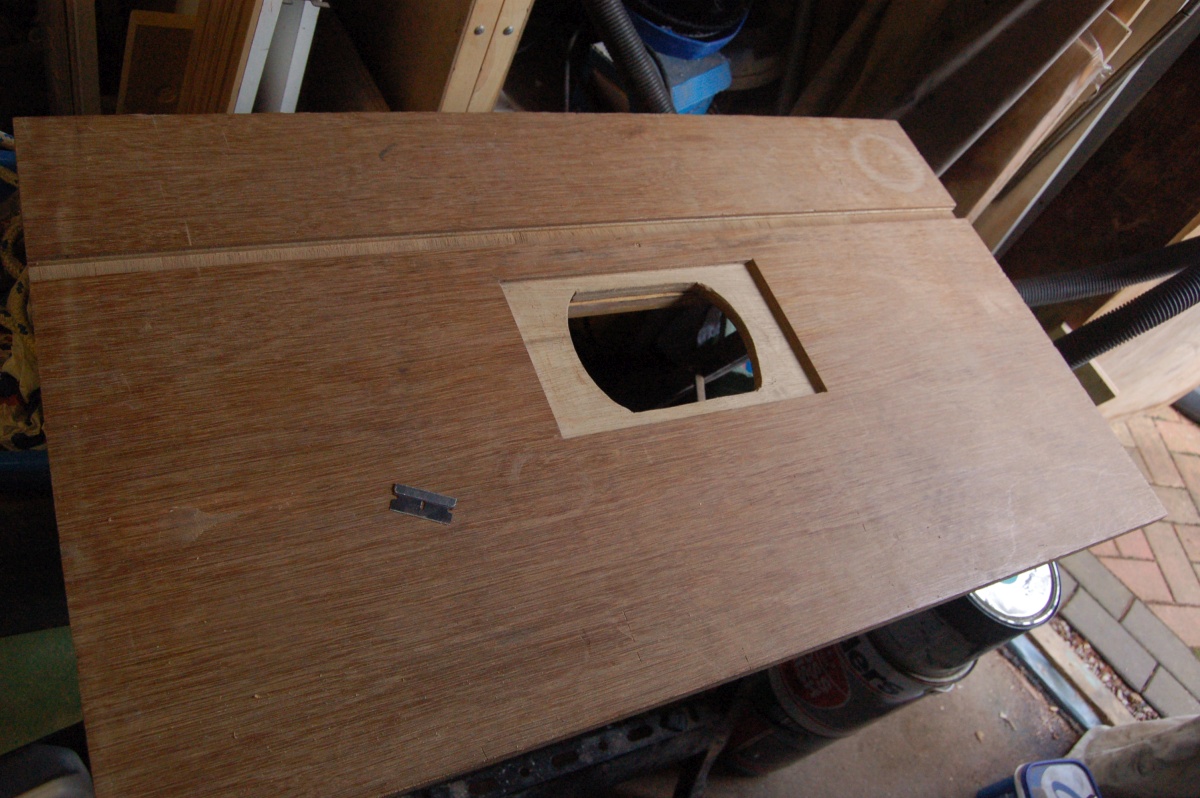 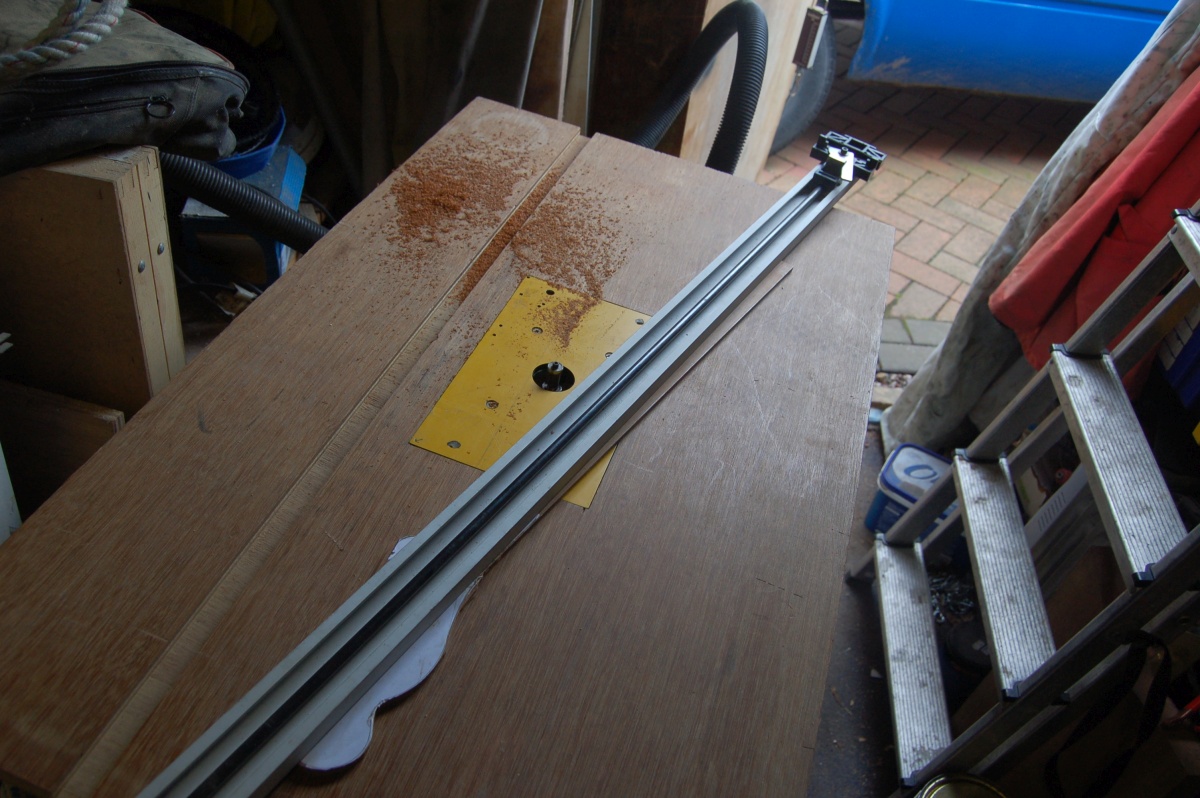 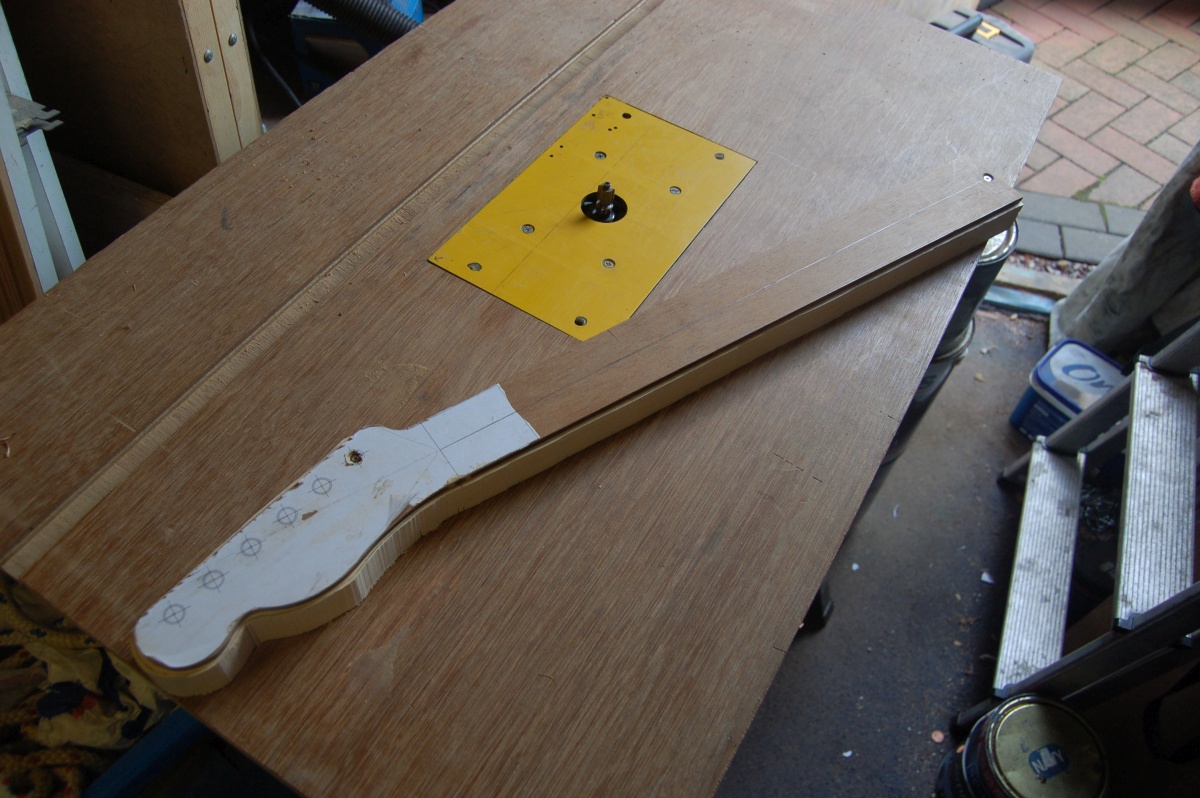 I could then cut one half of the neck to the template with a bottom bearing guided cutter, then flip it over and put the top bearing back on the cutter to do the other half: 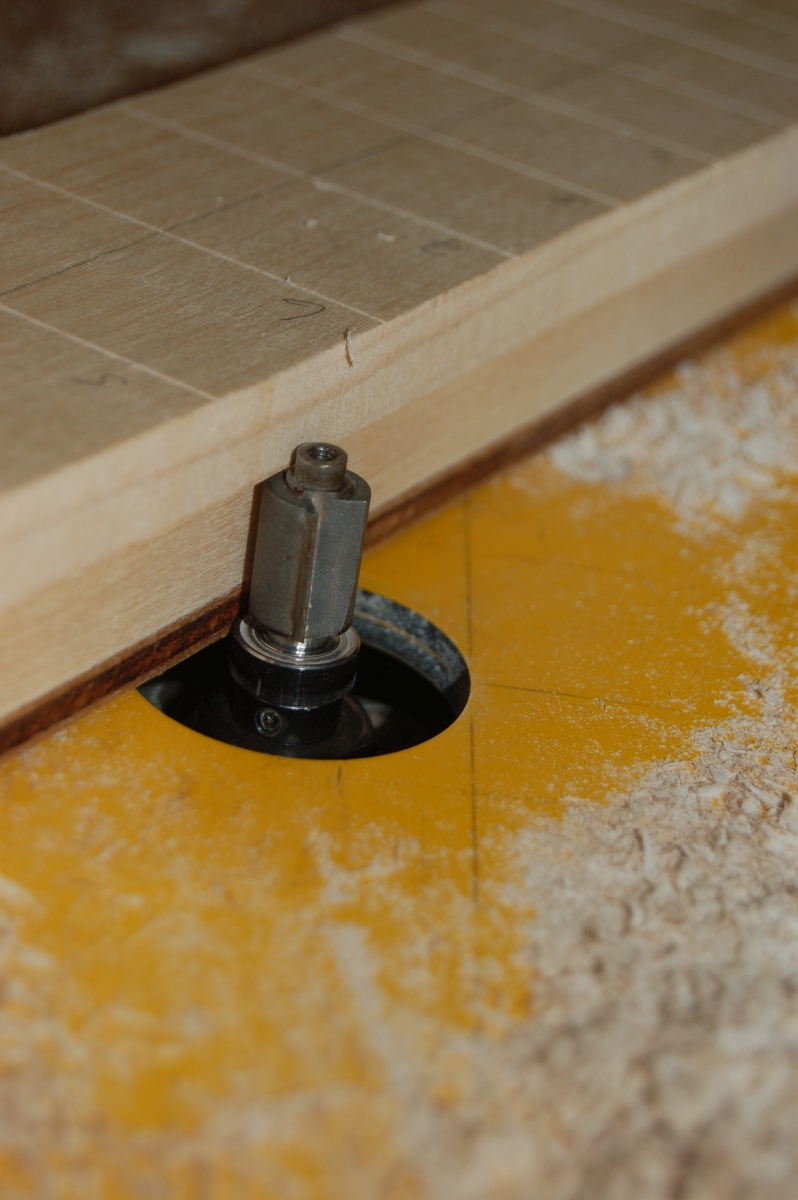 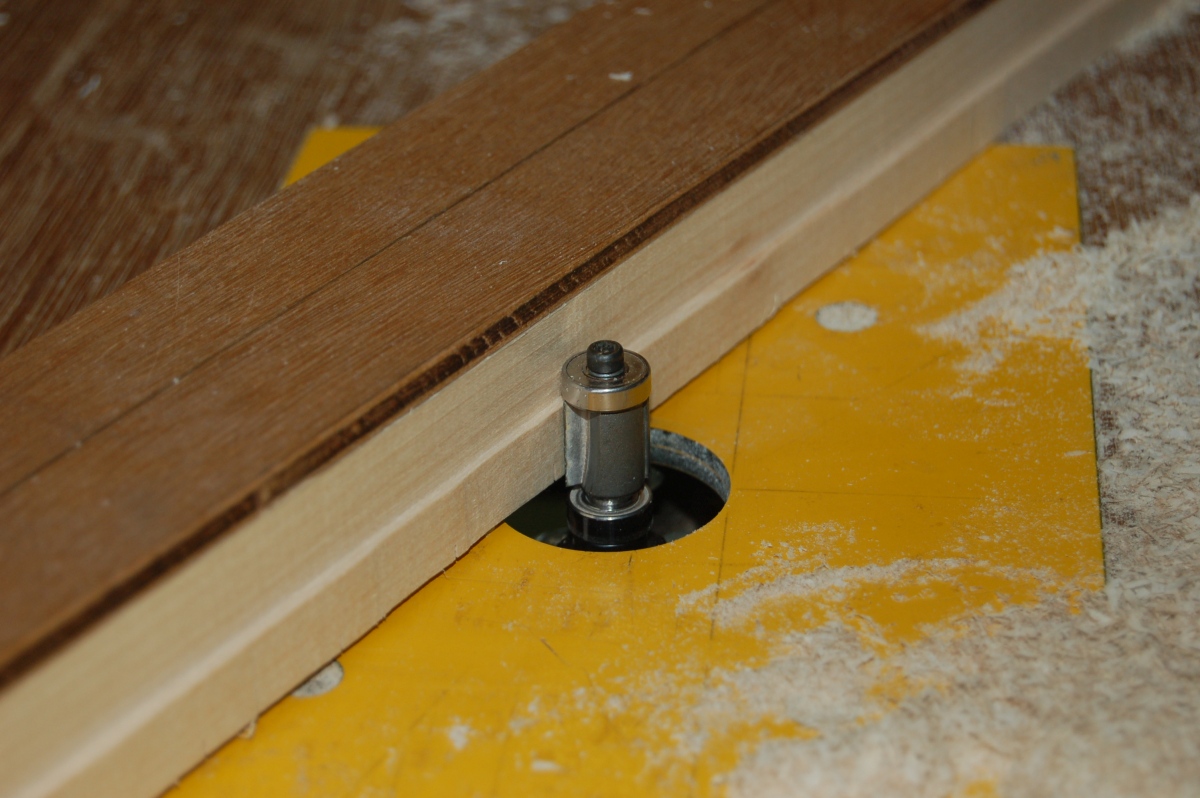 Things started going a bit pear-shaped at the end of the headstock (I sort of expected them to – this maple seems to burn *really* easily). I quit before I buggered things up completely, and finished it off with the sander 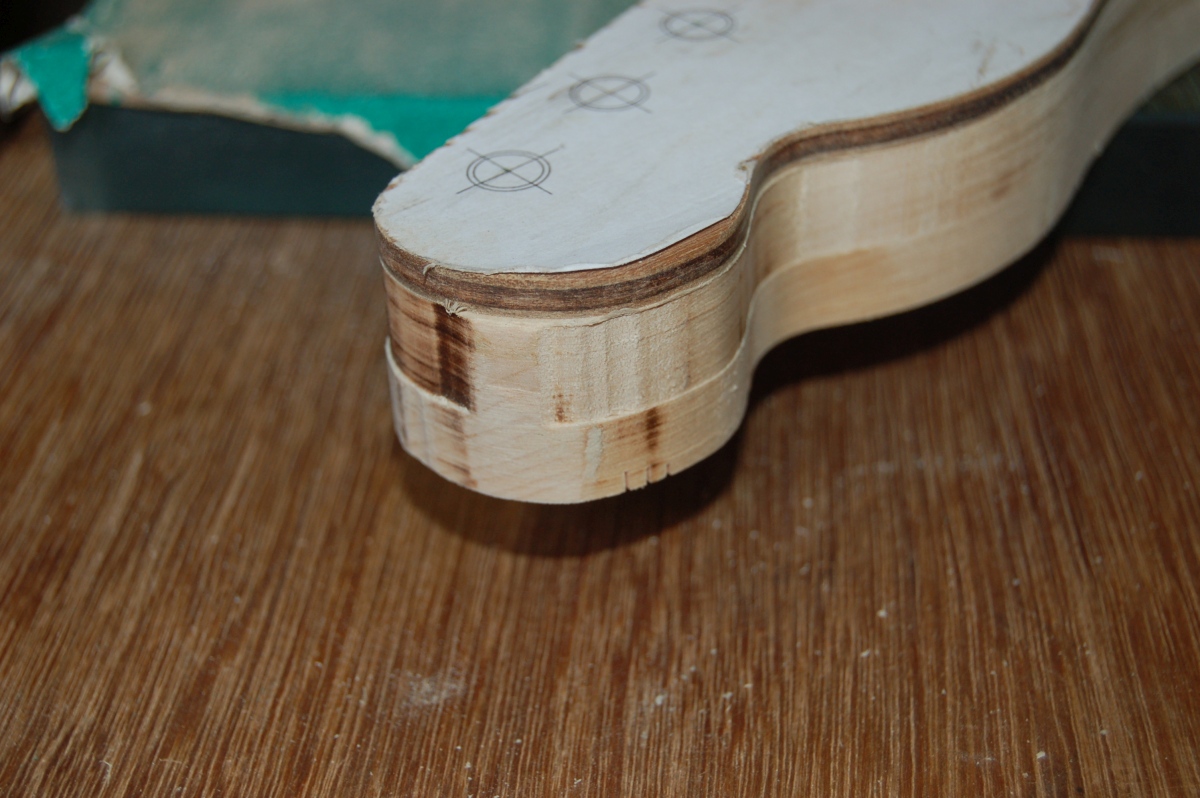 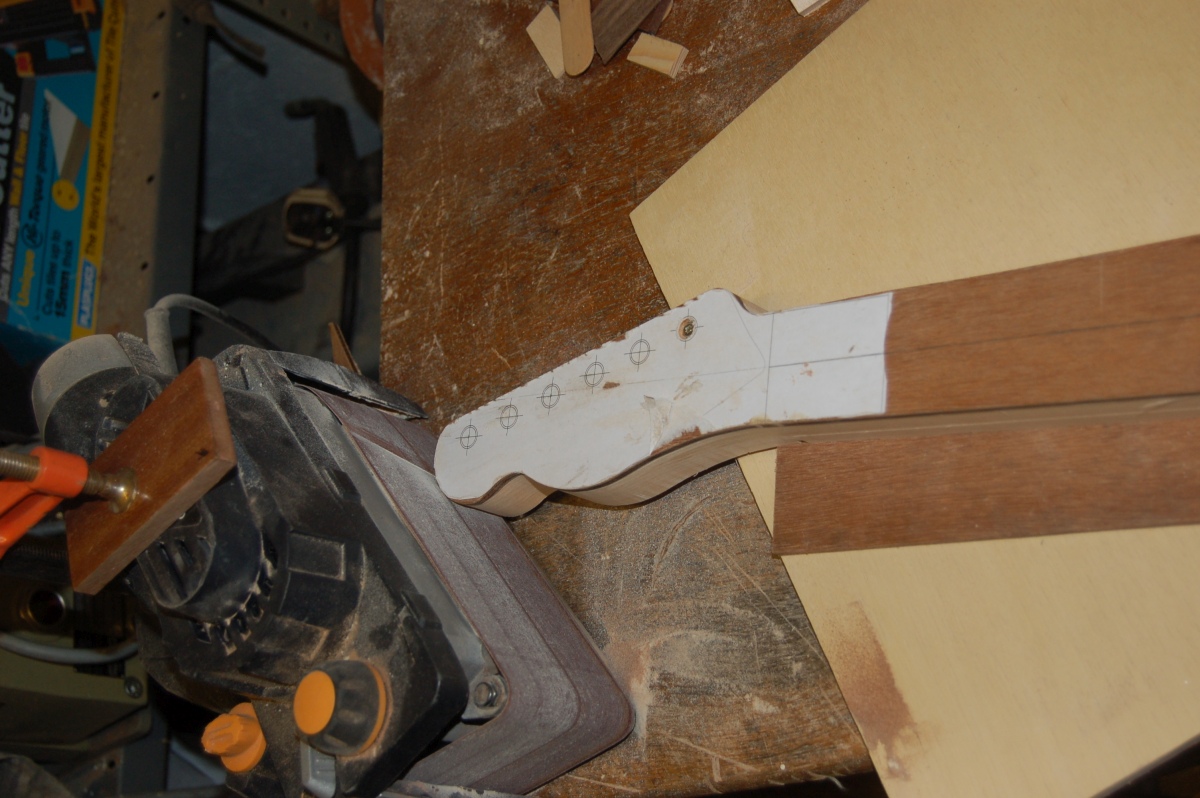 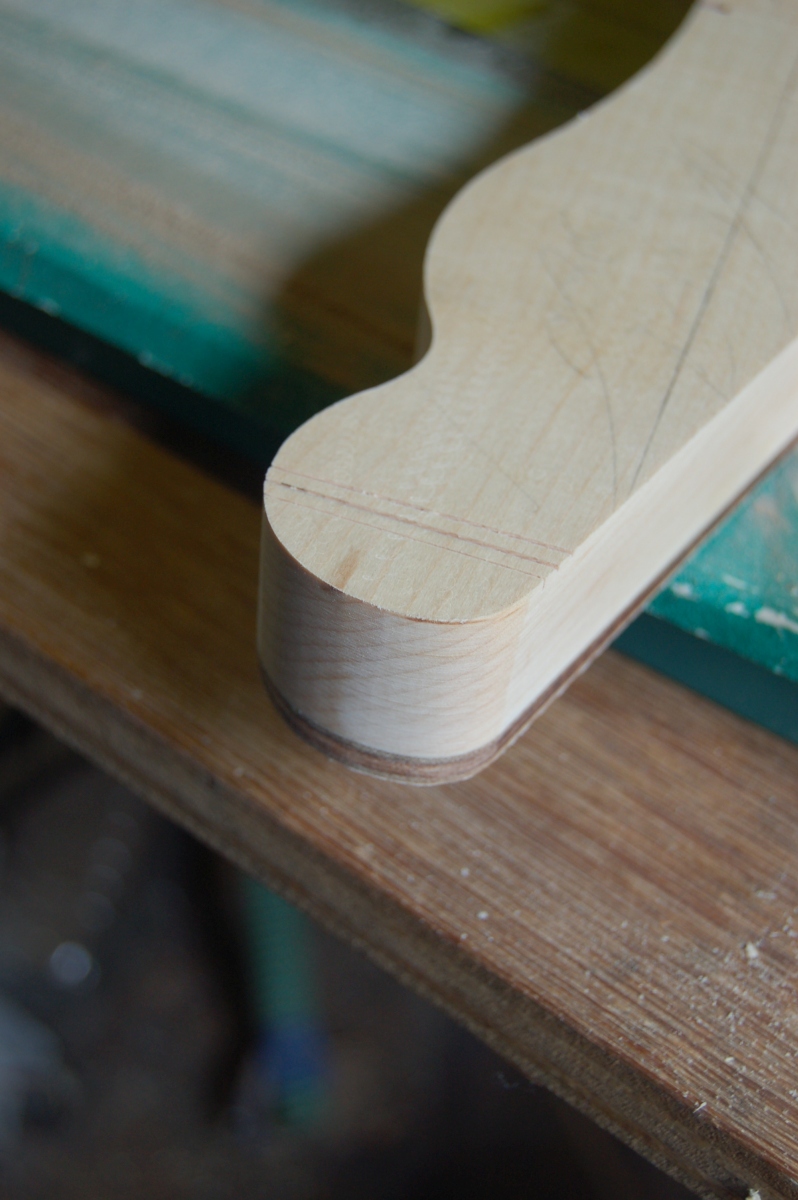 Not too bad otherwise 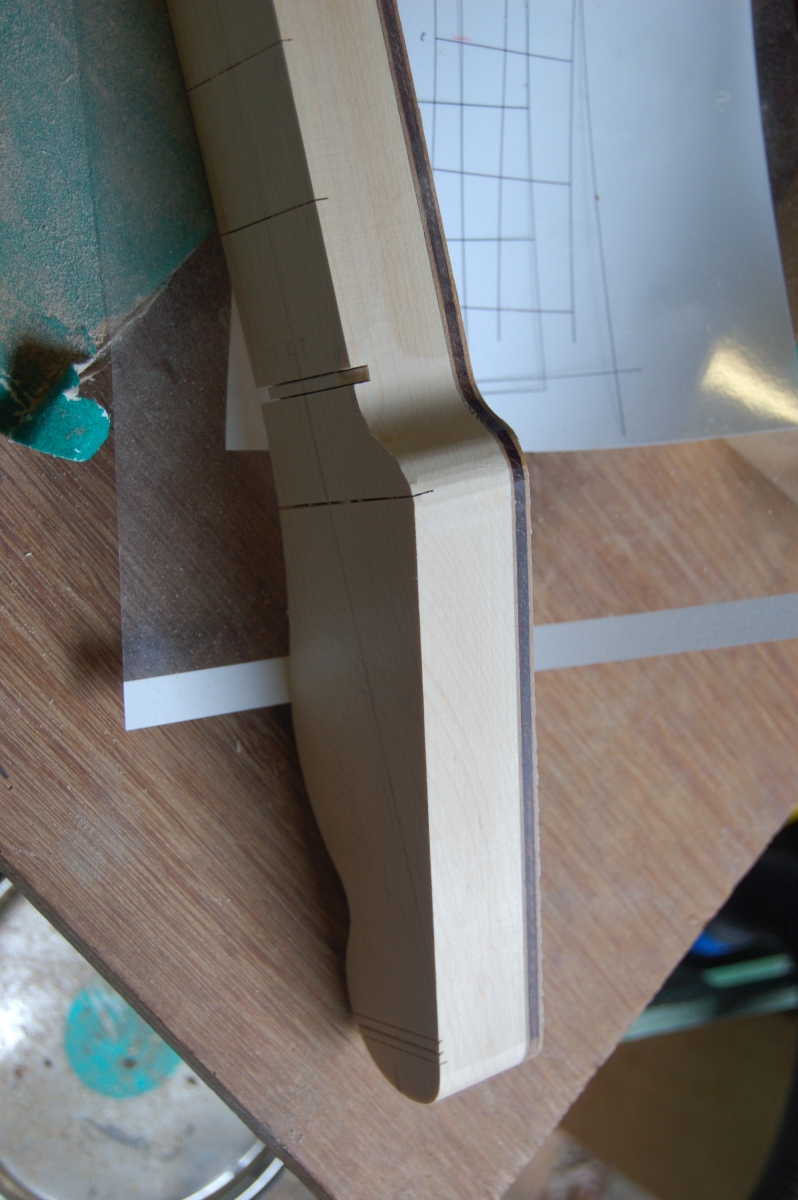 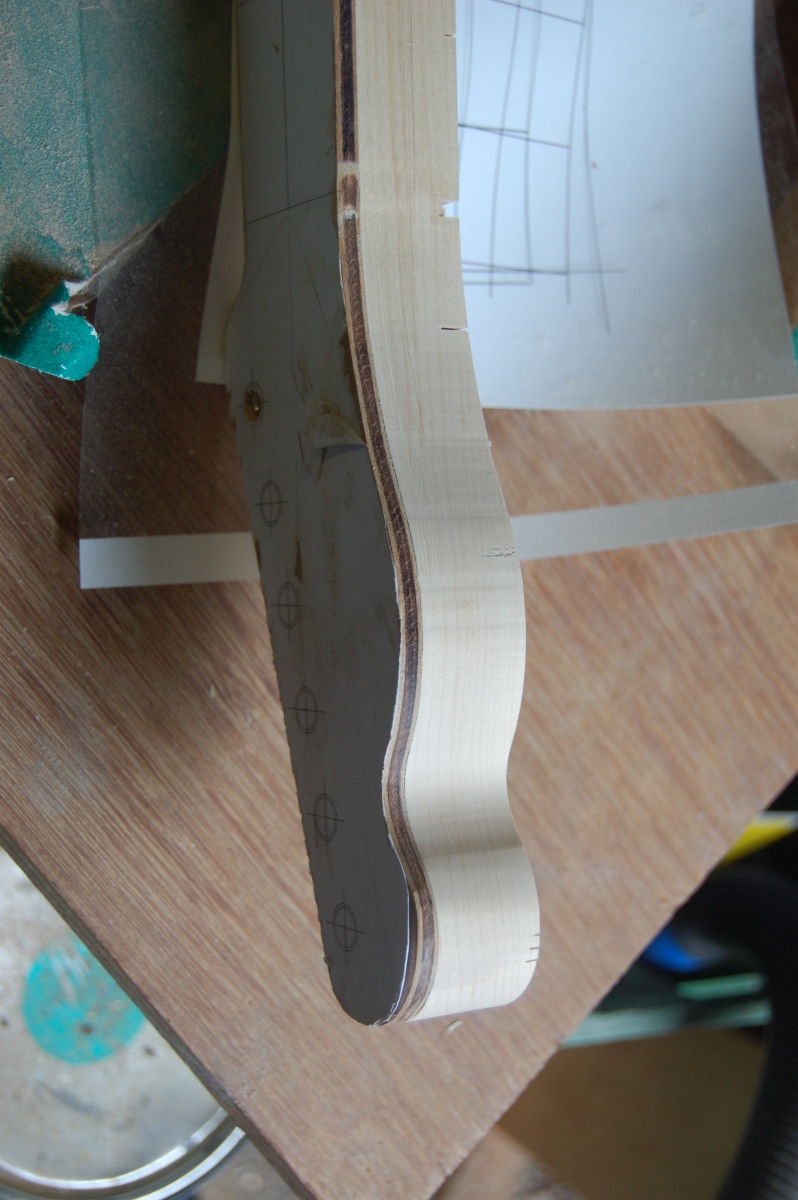 Slight line where the cuts overlapped, but looks worse than it is. 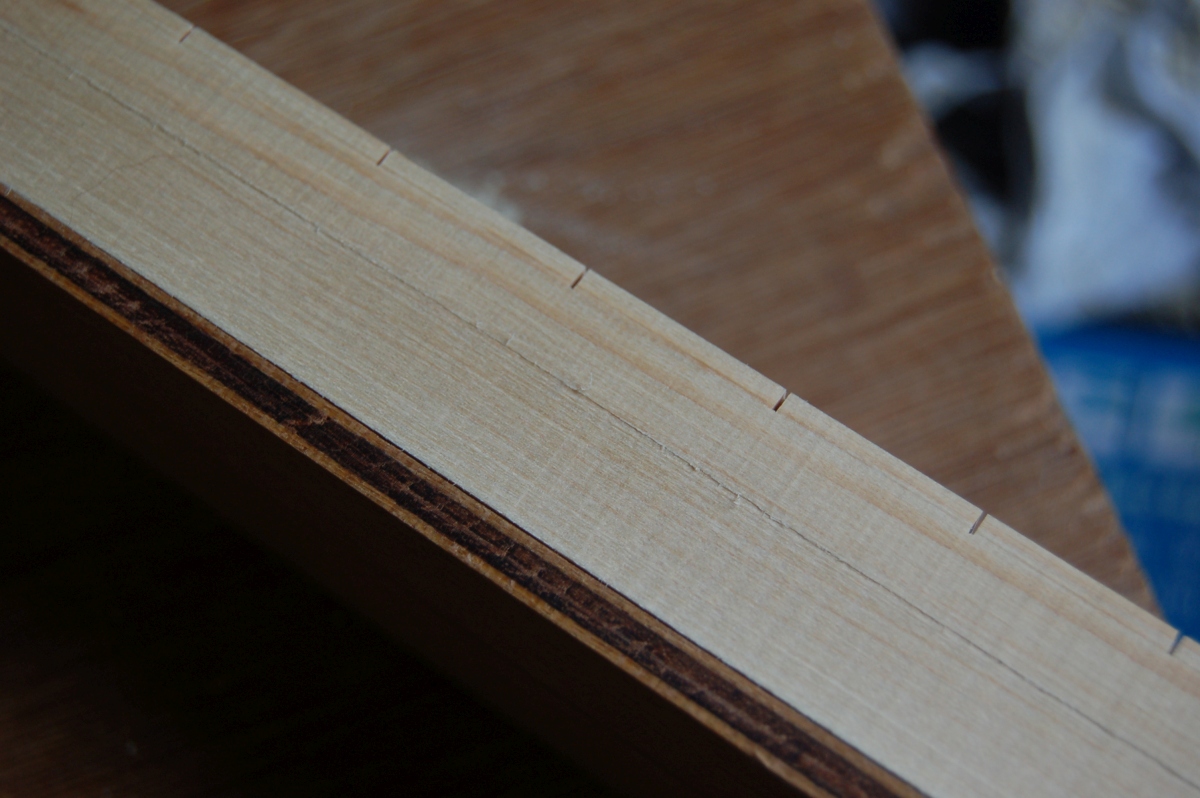 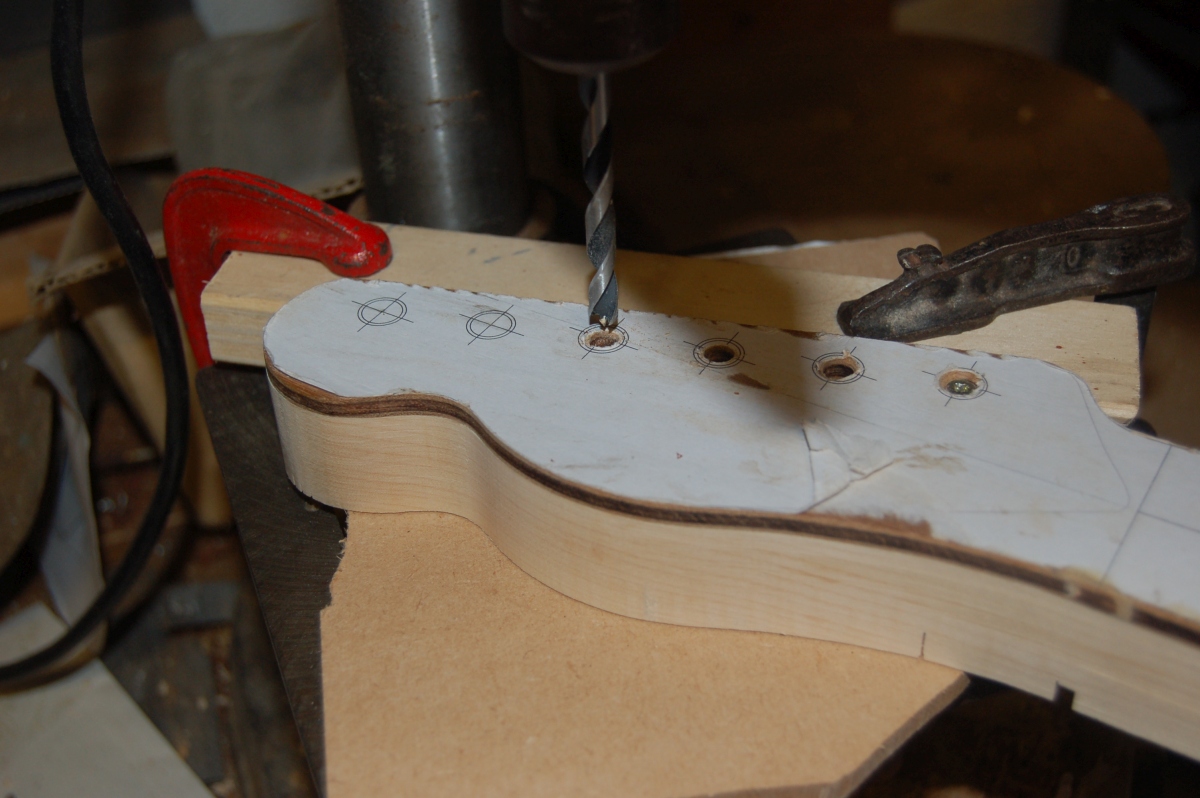 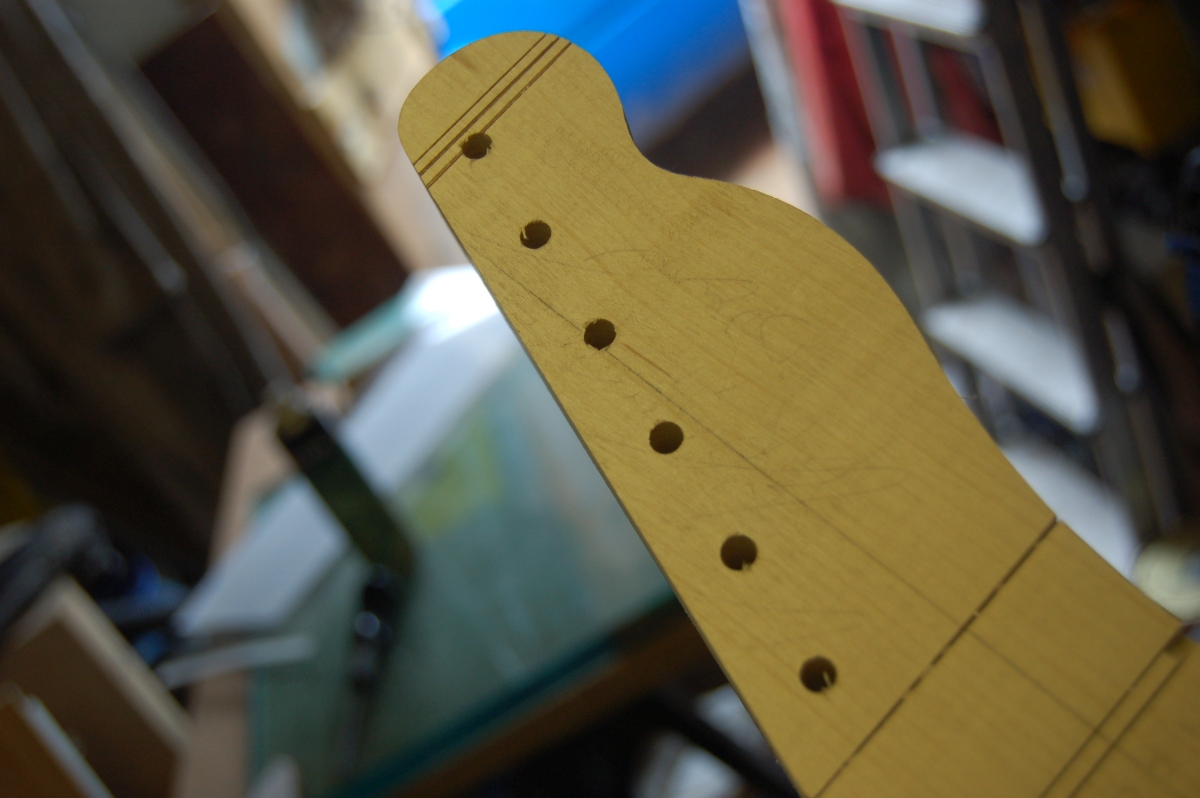 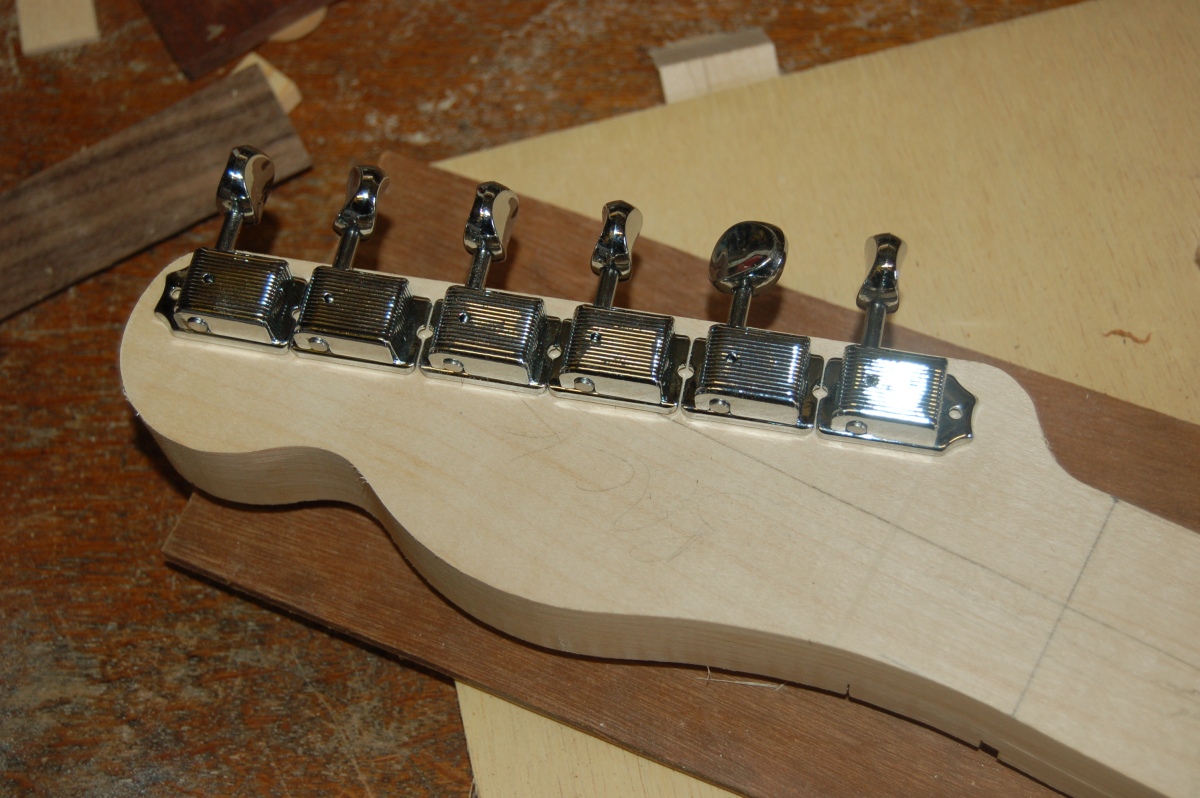 Before disturbing the drill press, I also maked and drilled the pilot holes for the tuner screws (in an effort to keep them in a straight line). 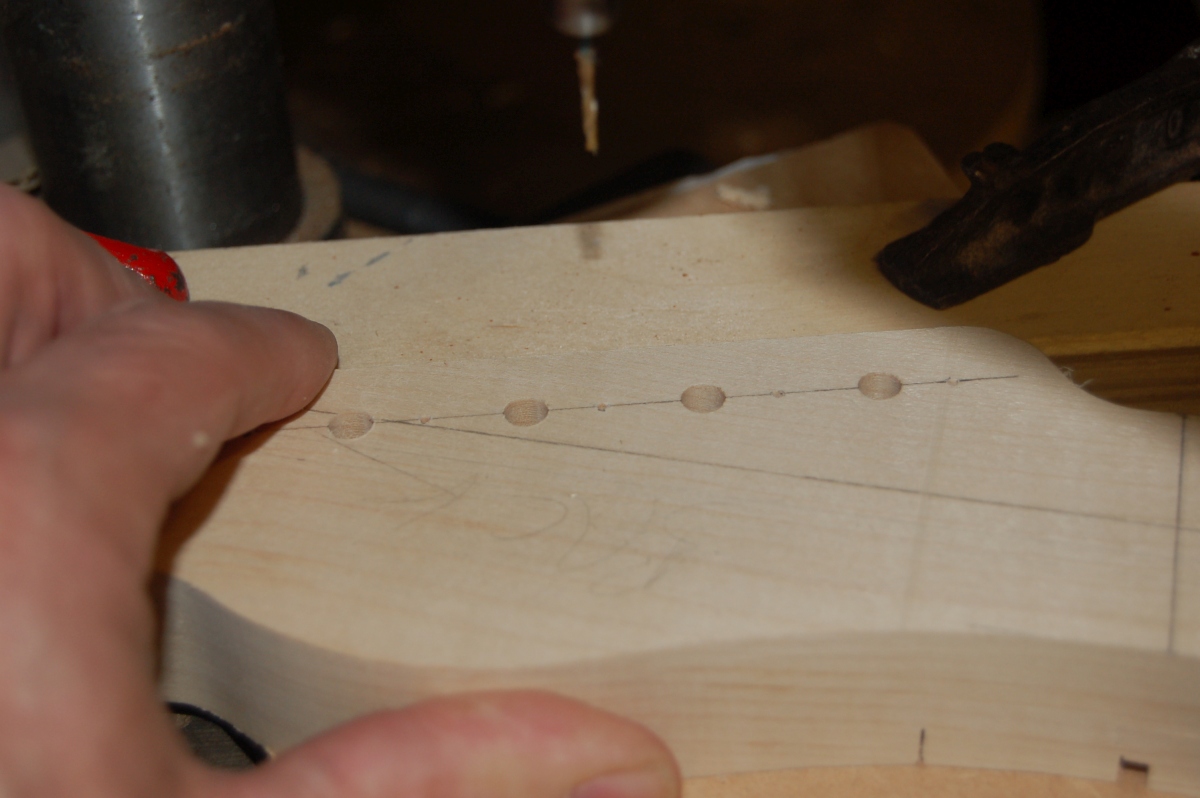 I could now cut the headstock down 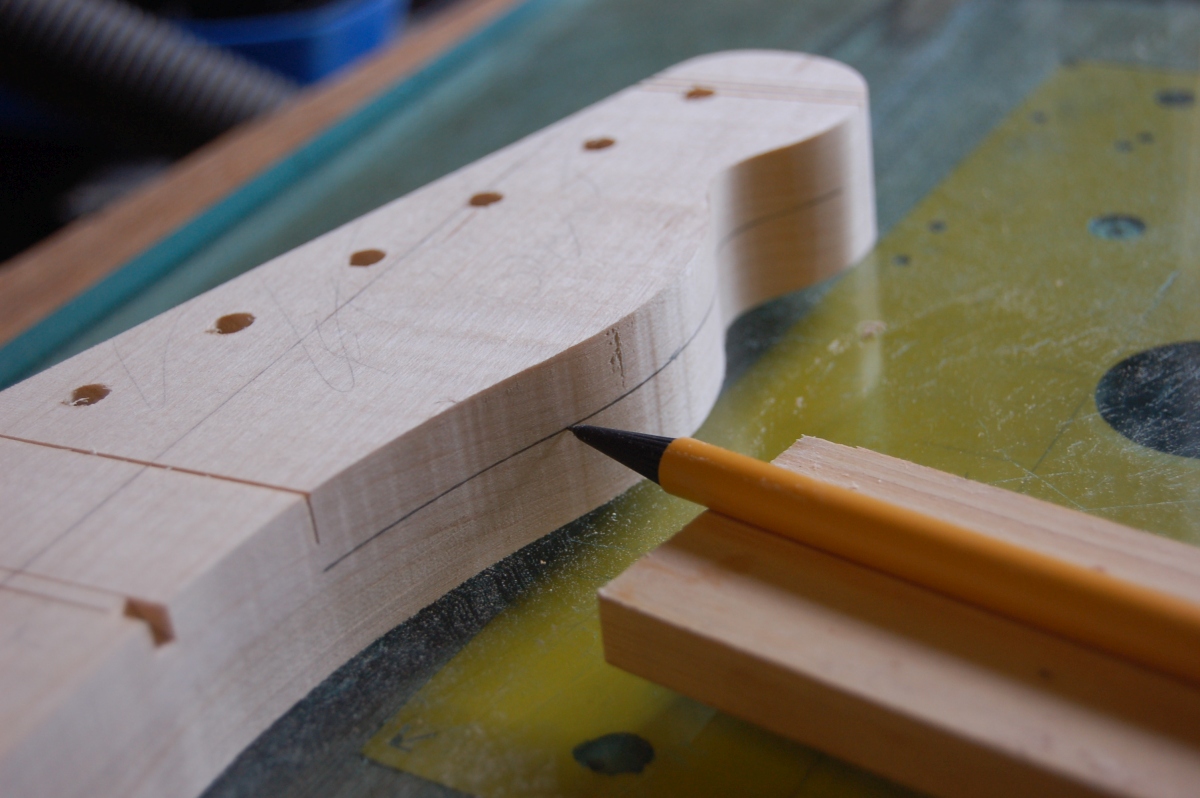 Then cut down to the line at about an inch behind the nut (this bit will eventually be sanded away, so the position isn’t critical – as long as the cut isn’t too deep) 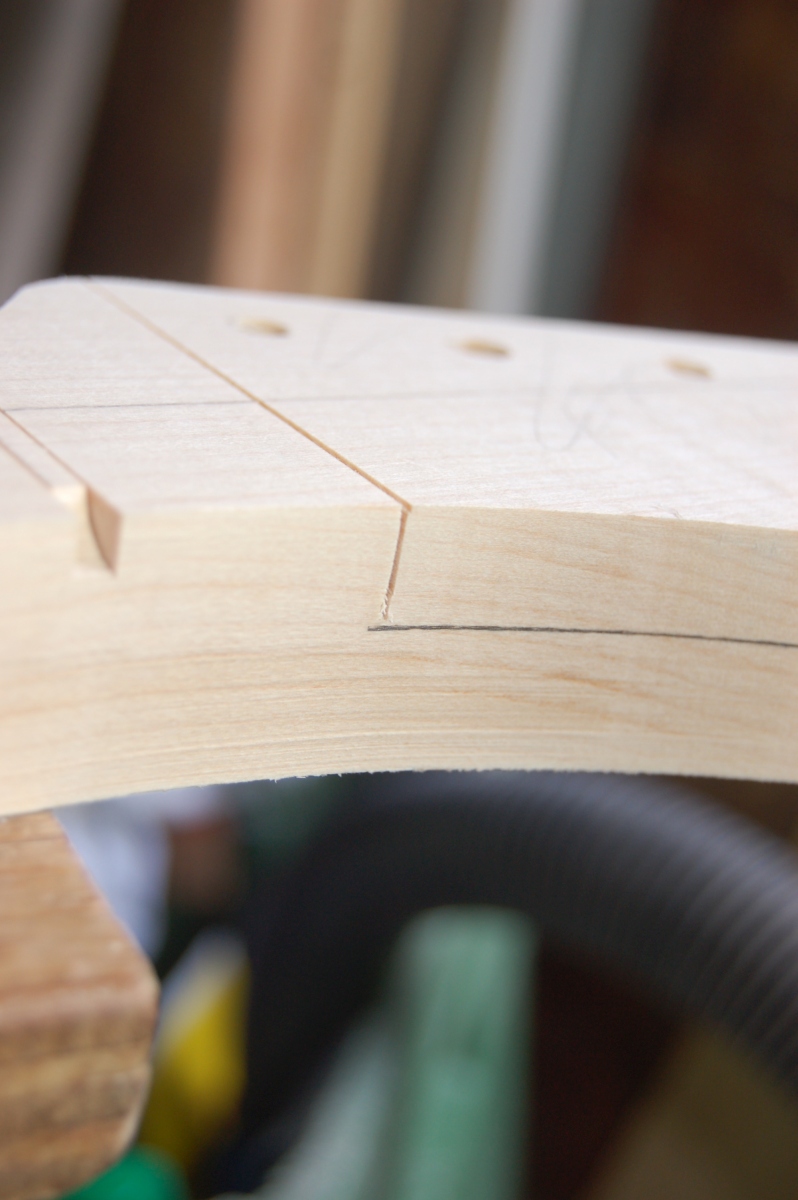 Then very carefully used the router to carve away the surplus 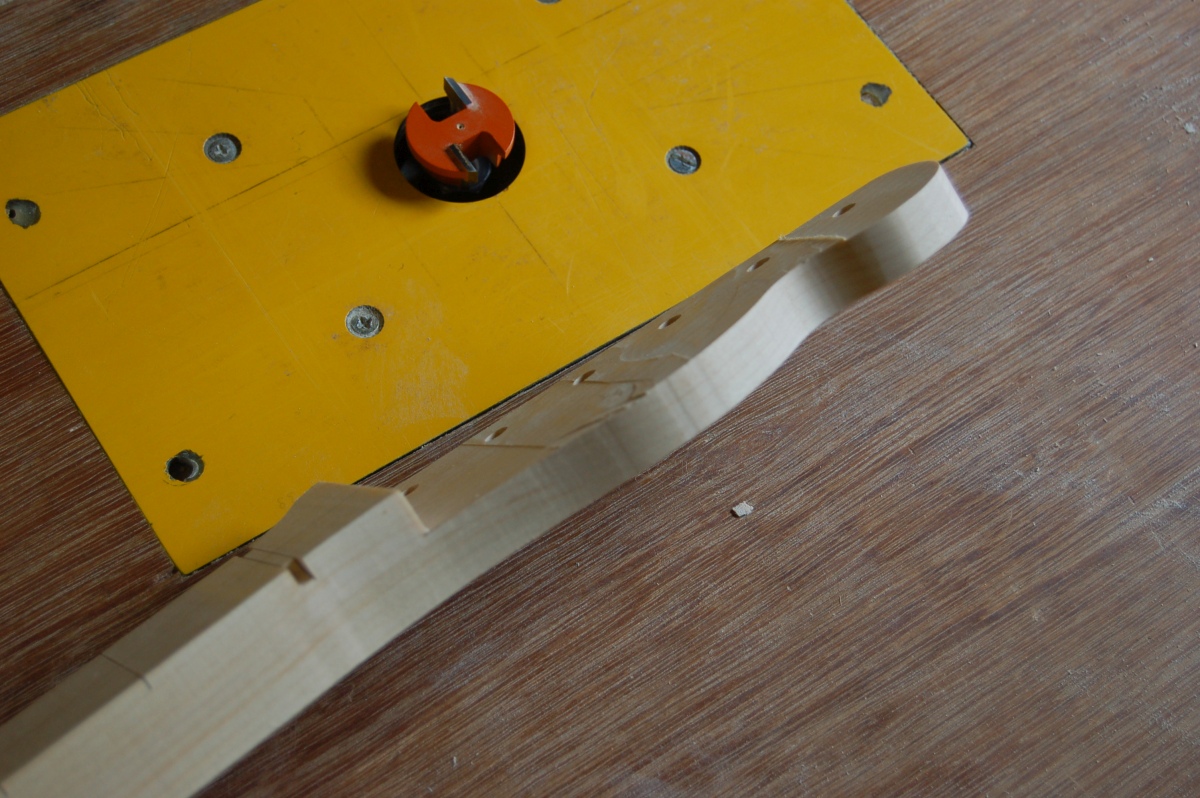 Looks a bit rough, but it cleaned up quickly with the plane 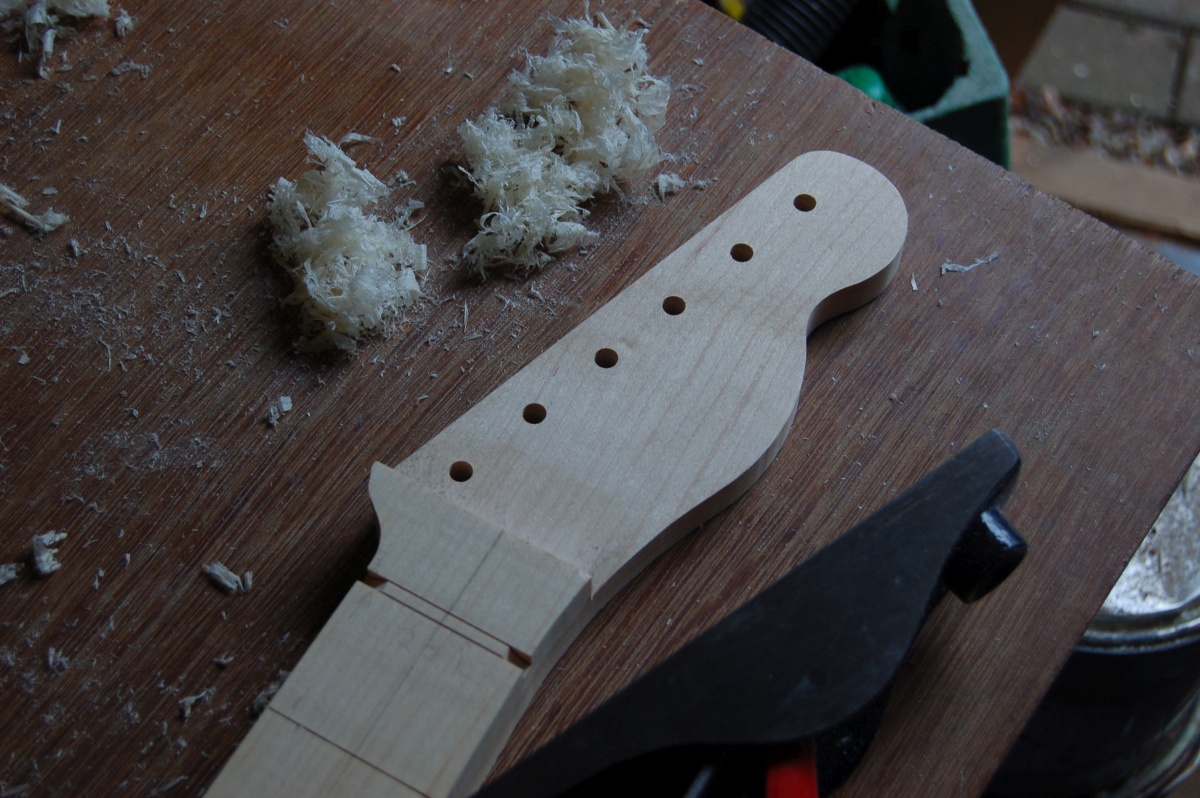 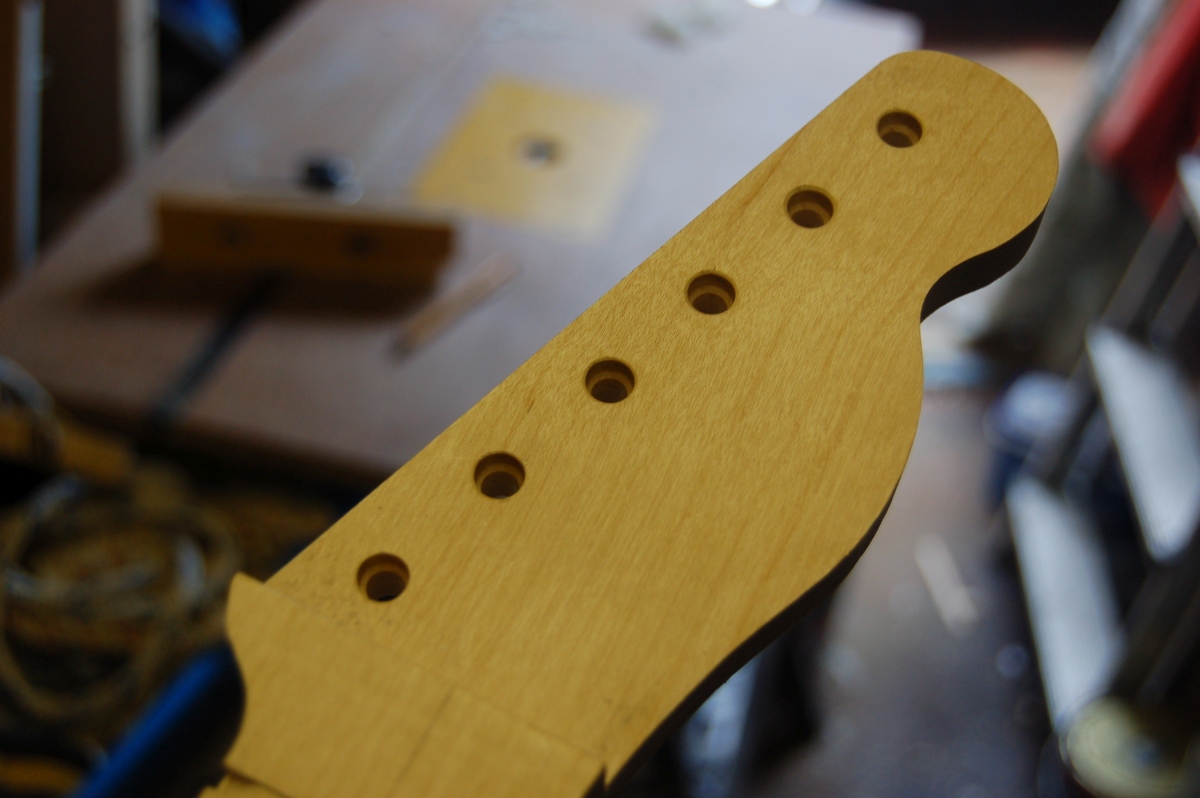