This was originally posted on the excellent The Fretboard forum. Actions by a certain photo hosting site have messed up the original so I’ve decided to re post it here (where I hopefully have better control over my photos).

After building the ukulele and the Firebird, I got it into my head that I fancied having a go at making a traditional one piece Telecaster maple neck – No good reason that I can think of, just one-of-those-things.

I wanted to do a vintage style truss rod with heel adjustment (again, no good reason), but I couldn’t find any plans on line for this type of neck.

There was a drawing for a Strat neck (from TDPRI): 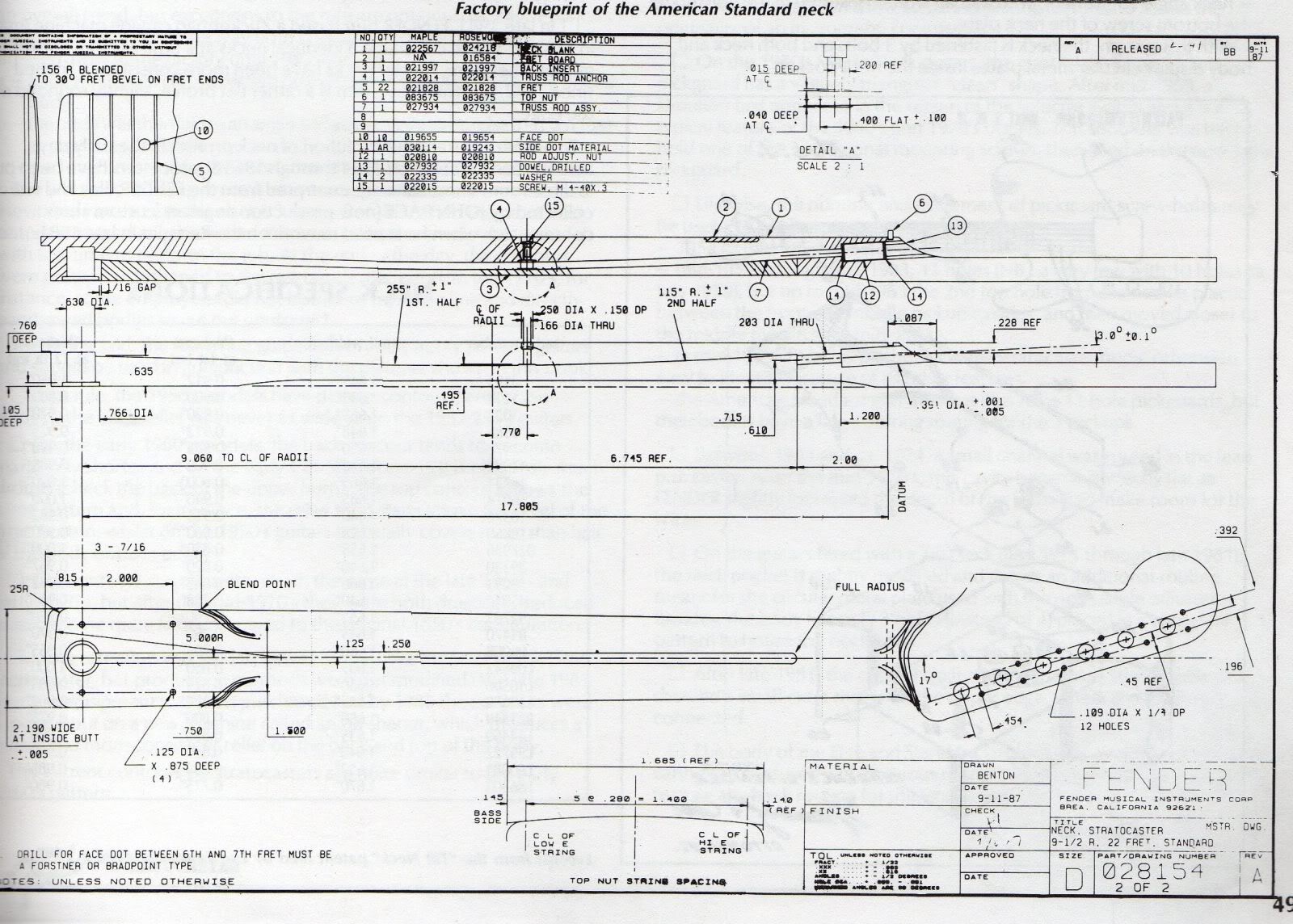 OK, it’s for a Strat and it’s for a headstock adjust, rather than heel adjust, but I understand that the truss rod channel is the same shape (or at least very similar).

The channel has slightly different start and end points for a heel adjust rod – more space is needed at the body end for the adjuster, and a bit less space at the headstock end. As far as I can tell from photos, the channel for the heel adjust truss rod should run from just under the 1st fret to roughly between the outer pair of neck mounting screws.

So that’s what I set out to make.