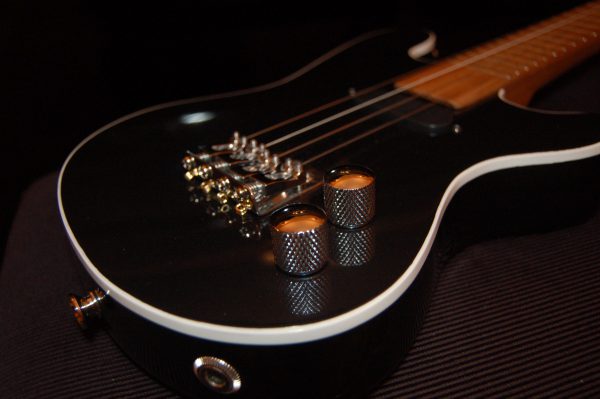 This was originally posted on the defunct Music Radar forum, and then of the excellent The Fretboard forum which crystalised out of its ashes when the Music Radar forum was closed. Actions by a certain photo hosting site have messed up the original so I’ve decided to re post it here (where I hopefully have better control over my photos).

It was my first ever foray into lutherie – I decided to build an electric uke for my son.

I wanted to use what I had in my shed as far as possible, as I wasn’t confident that it would ever get finished.

I decided on a ‘Concert’ sized instrument – 15″ scale. To keep the string spacing the same as his acoustic uke, the neck needed to be just over 40mm wide at the nut (string spacing is 10mm at the nut and 12mm at the bridge).

Those three numbers pretty much tie down the critical parts of the design.